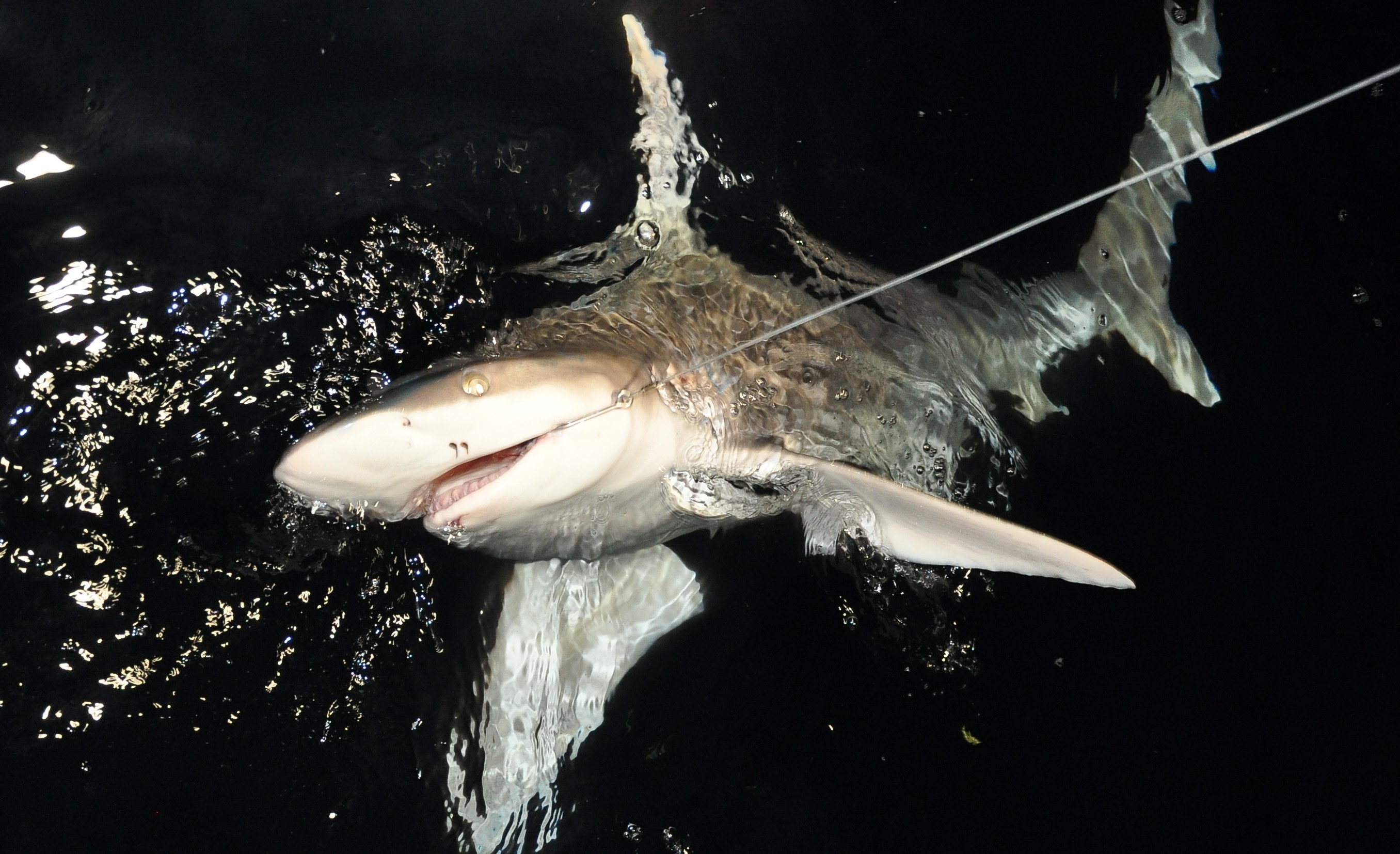 This prairie angler tangled with giant sharks—in the dark!

Fishing for these apex predators is tricky. Now imagine doing it at night

Even in the darkness, there was no mistaking the moment whenever a shark picked up my bait. My drag would immediately start singing, while the rod would bend almost double. These powerful predators didn’t really shake their heads, but they pulled very hard. Reeling one in almost felt like a dramatic scene from TV’s Wicked Tuna, except, of course, I wasn’t on the couch—I was part of the action, cranking with all my might.

To gain line against these immensely strong fish, the boat’s mate would sometimes grab the line from above the reel so I could reel in the slack. For more leverage, I also had to widen my stance and put my whole body into each crank of the reel handle. It was exhausting, but also exhilarating and super-exciting, especially when my first shark—a six-foot-long Galapagos—eventually surfaced out of the blackness, thrashing wildly.

Off Hawaii, shark fishing is all catch-and-release, so once a shark was close to the boat, the captain would grab the leader and work the huge fish toward the back of the boat where the gunnel is lower. It was at that point that we’d take a few pictures and marvel at the mysterious eyes and powerful jaws of the massive predator. Then the mate would lift the shark’s head out of the water, lean over the side and use bolt cutters to snip off the hook as close as possible to the mouth, letting the beast disappear unharmed back down into the inky depths.