Why you should try ice fishing for splake this winter

What do you get when you cross a male speckle trout with a female lake trout?  One answer, of course, is a splake. The other, however, is a heap of controversy.

If you’re old enough to remember, splake were once considered to be the saviours of the Great Lakes, back in the 1960s and ’70s, after sea lamprey gained access the upper lakes and decimated the native lake trout populations.

The Ontario Ministry of Natural Resources (OMNR) implemented a massive splake breeding, rearing and stocking program believing that the fertile hybrid would demonstrate what is known as “hybrid vigour.”  In other words, the crossbreed would bring out the best features of its parents, living longer than speckled trout, which are extremely short lived, yet the splake also mature at much earlier age than lake trout.  It was also thought that splake would frequent shallower sections of lakes like specks, and thus, be less susceptible to lamprey predation.

Though the intentions were noble, the program turned out to be another well made plan of mice and men, which is to say, it flopped royally.  And many anglers railed against the costly program. 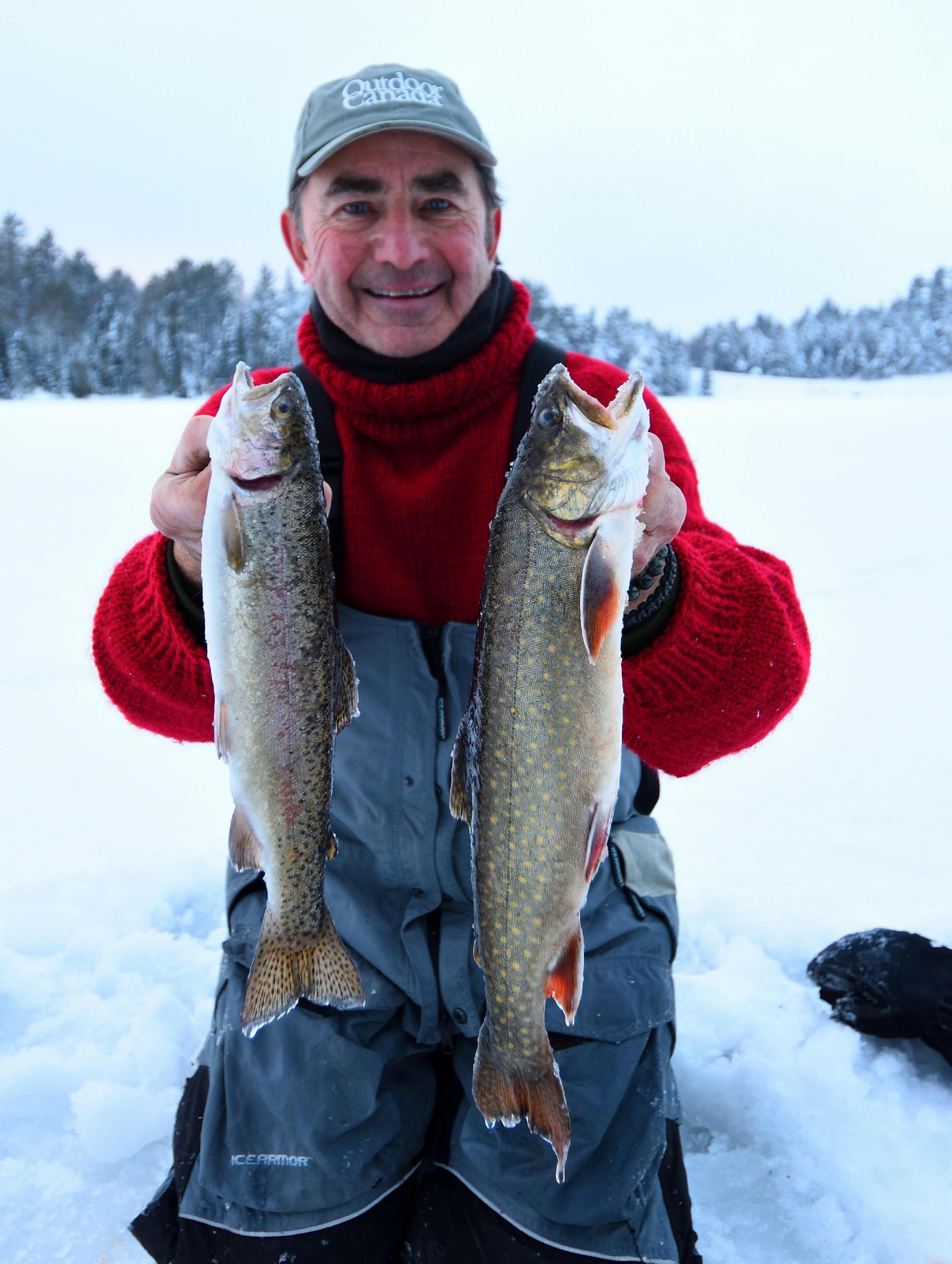 But, there was an unforeseen silver lining in the playbook.

Rather than simply terminating the restoration program, the OMNR began experimenting—stocking splake in a number of small- and medium-sized inland lakes where previous plantings of speckle trout, rainbow trout and lake trout had either failed or been deemed to be less than successful.

The splake found a home and flourished.

More interesting still, the hybrids seemed to prosper in lakes with yellow perch and sucker populations, two species that often compete with and hinder the success of stocked juvenile brook trout.

Splake also presented a unique challenge to ice anglers who couldn’t quite figure out whether they should fish for the hybrids as they would lake trout or speckle trout.

So, I’ve given up trying to guess how they will behave on any given day, in any given lake, and now look for locations that offer both speckle trout and lake trout habitats.  Usually it is a shallow fertile flat with weeds, reeds, and submerged trees, with a nearby hard rock breakline or boulder ledge adjacent to deeper water in the range of 25 or 30 feet. 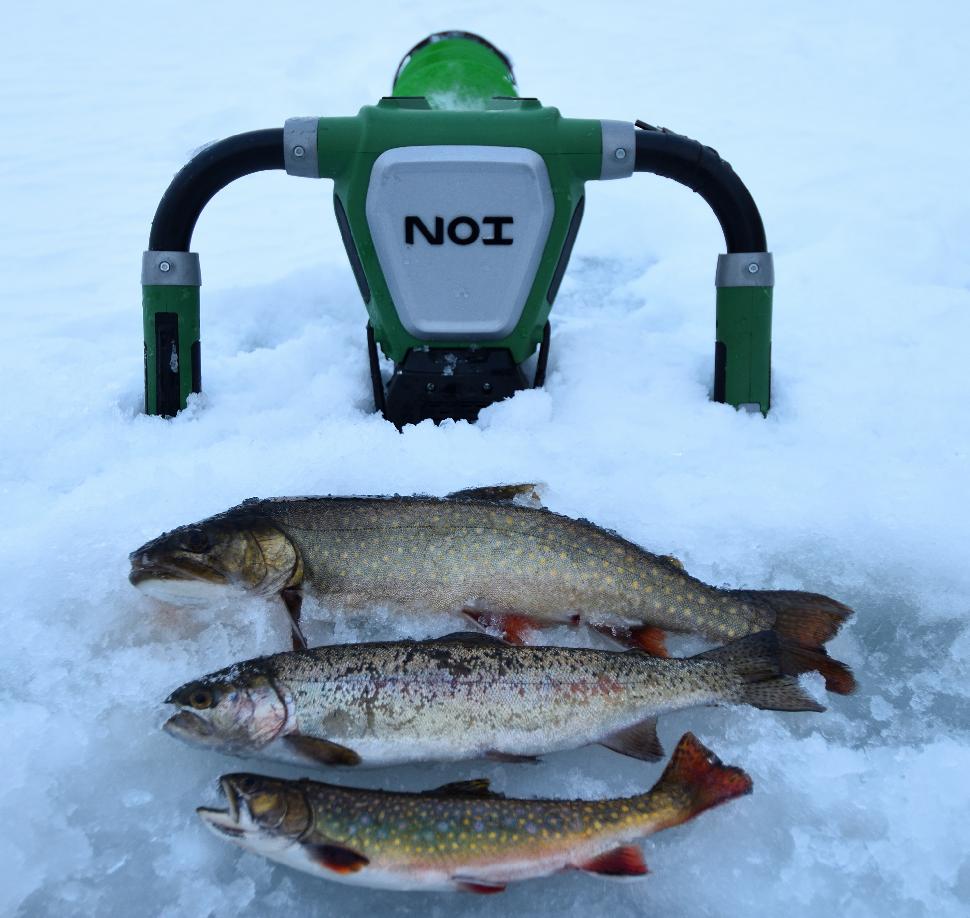 Anglers often have difficulty distinguishing splake (top) from speckle trout (bottom), But specks have square tails while spake are V-shaped.  Splake also lack the blue halos around the red dots on their sides.  And a splake’s head looks much like a lake trout. By the way, the fish in the middle is a rainbow trout.

I always take fish two lines, most provinces allow you to use in the winter, offering the fish a brook trout feast in one hole and a lake trout menu in the other.

Usually this means dunking a lively medium-size minnow attached to a tip-up down one hole, while I jig a W10, W20 or W30 Williams Wabler, Wabler Lite or white Bass Magnet tube jig down a second hole.

And I hop between holes much more frequently when I am ice fishing for splake than I do when I am targeting either of their parents.

Line strength is another trade off.

A four-pound speckle trout is a trophy anywhere, but splake can grow twice that size, so I compromise once again and usually settle on spooling my reels with either 8-pound test Maxima Ultragreen or 10-pound test Sufix Ice fuse with an 8-pound test Ultragreen leader.

If you’ve never ice fished for splake, you really should try it this winter.  It is so much fun, because it always a one of kind game of compromises, trade offs and mental gymnastics as you attempt to determine if the fish are behaving like speckle trout, lake trout or, well, splake.