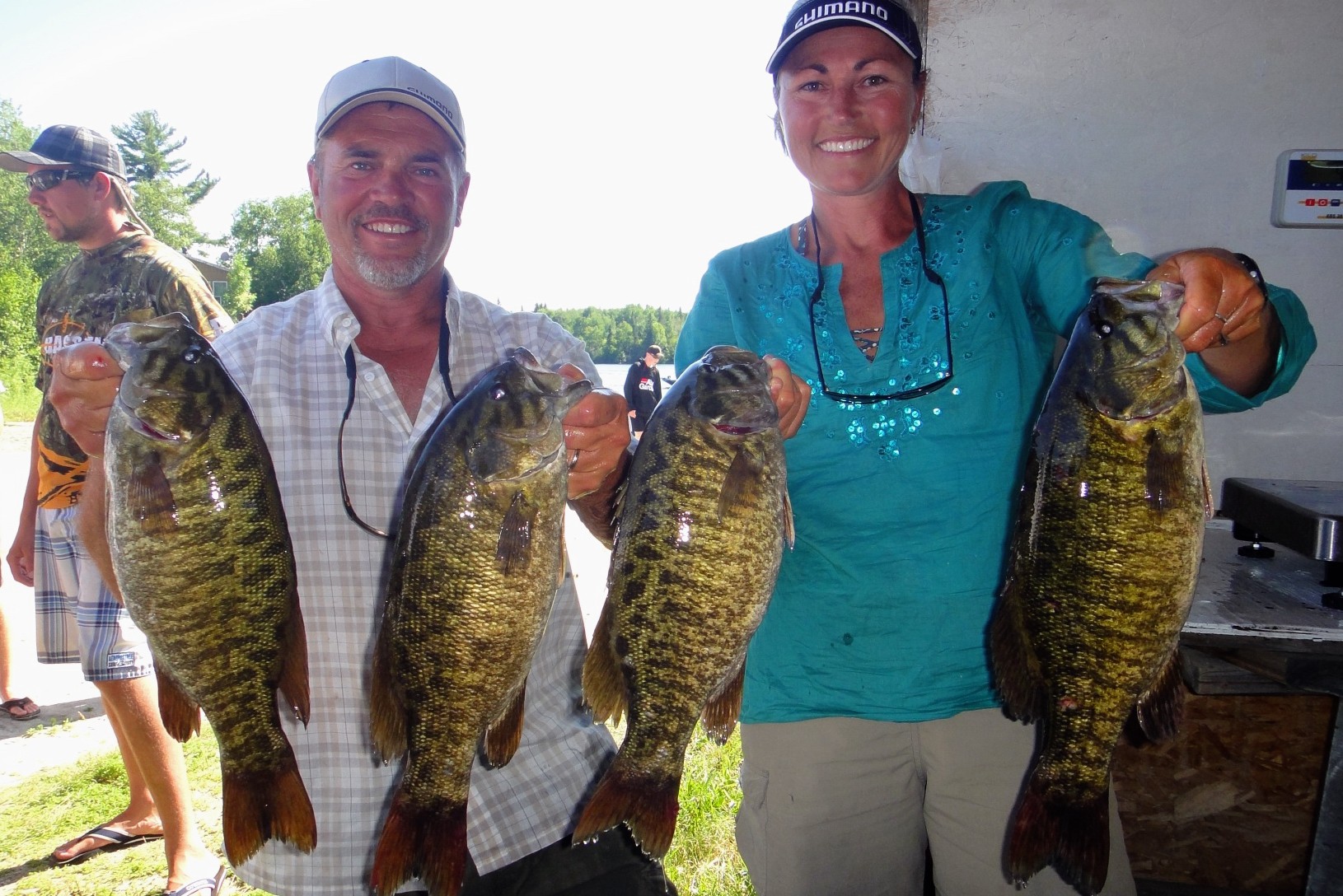 It is reflection time following this past weekend’s Shoal Lake Bass Classic on Lake of the Woods, where partner Dean MacDonald and I finished in 10th place.

We actually had a great chance to win as I had on the fish we needed. Unfortunately, it had an equally big bronzeback following in behind it.  As a result, we gambled and I kept the hooked fish in the water alongside the boat using it as a decoy, while Dean dropped down baits in a bid to catch the follower and thus, double up.

To make a painful story short, he wasn’t able to hook the follower, and when we finally decided to land the one I had hooked on a small jerkbait, it came unbuttoned inches away from the yawning net.

Fishing for followers is always a gamble, especially with jerkbait fish that often swipe at the lure and aren’t hooked well. Those two fish likely cost us $5,000 apiece!

Still, as Bob Izumi and I emailed back and forth yesterday, you can’t hit the ball out of the park if you don’t swing for the fences!

The really great news from the tournament, however, was the fact that Ted and Louise Stewner won for about the 700th time.

Teddy and Louise are phenomenal anglers and so totally dedicated. As a matter of fact, they slept in their truck at the access point and practiced from dawn to dusk for the week leading up to the tournament. You can only applaud that kind of hard work, especially in the sweltering heat and humidity we’ve been experiencing lately! Still, even that is not the highlight coming out of the weekend. The highlight is how the Stewner’s maintain their winning ways, year after year, that is so remarkable.  They do it fishing out of a modest aluminum boat, powered by an unpretentious tiller handle outboard motor, attached to the transom between a pair of Wave Wackers.

It is almost comical at blast off in the morning when Ted and Louise are leading an event because they’re the first boat out of the chute. But before they’re a few hundred yards away from take-off, they’re being passed by young bucks with their hats turned back, driving massive bass boats bedecked with more space age technology than Chris Hatfield used to manoeuvre the International Space Station.

And are you ready for this?

Teddy doesn’t have an electric trolling motor up front, relying instead on a transom-mounted MinnKota Vantage electric hung off the back of the boat, where he sits, never taking his eyes off his flashers. It is a reflection of his long time winning ways as one of the best walleye anglers Canada has ever produced.  As a matter of fact, to say that Ted Stewner is a good backtroller is like saying Babe Ruth was a decent baseball player or that Wayne Gretzky was pretty good around the net.

Which brings us to the crux of the issue. In many tournament circuits you are not allowed to fish while your main motor is running and in gear—is that crazy or what?

I mean, let me understand this: you can have 250 horses attached to the back of your floating, hand-layered fibreglass missile that zips you down the lake at 70-, 80-, even 90-miles-an-hour, with side and down scanning sonar units that show you a tree or boulder lying on the bottom in 24 feet of water, 79 feet off the right side of your boat and that is acceptable. But slip backwards into the waves while you manoeuvre the boat to hold yourself in position with the outboard running and that is not permissible?

Watching Teddy Stewner weave his backtrolling magic, often in the middle of the lake, with waves crashing over the transom and in water half way to his knees, is watching a genius practice his craft. It is an art form he has perfected after spending countless hours on the water.

It is also why he and Louise won again on the weekend and why they deserved every ounce of the victory!