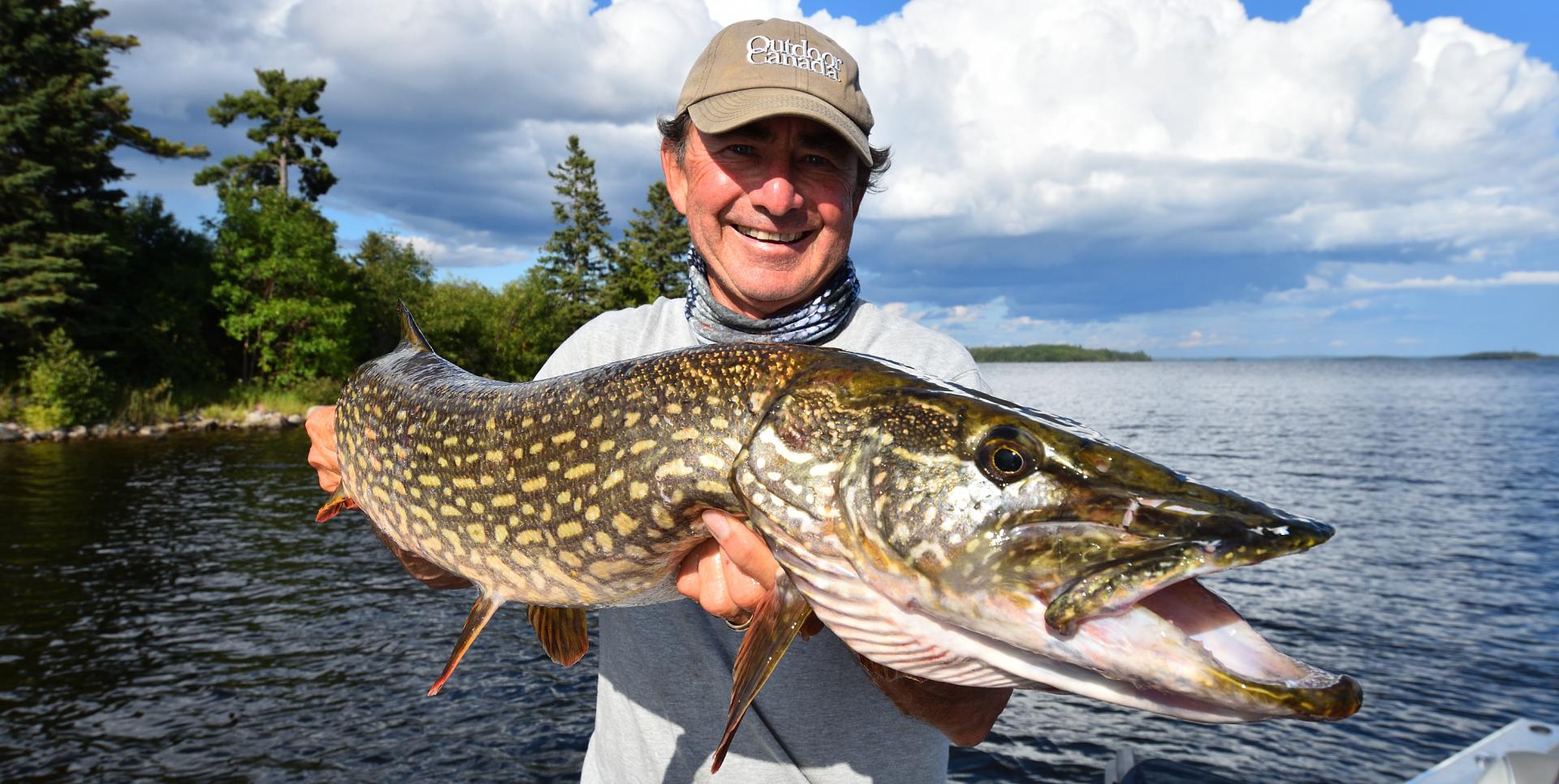 The evil eye: Can fish stick their heads out of the water and size up the situation?

Some experts think the fish can see you, too

Do you believe in fish giving you the evil eye?

If you don’t, expert anglers Rob Wilson and Art Gaetan and scientist John Casselman think you might want to reconsider.

Wilson is one of the hottest trophy northern pike sticks in Saskatchewan and for several years guided on the wheat province’s famed Wollaston Lake, where he says he raised several big toothy critters that followed his lure to the side of the boat and then cruised alongside it with their heads above the waterline and eyes firmly fixed on him, as if to size up the situation.

When they give him the “Nelson eye,” named after British naval hero Horatio Nelson, who is reported to have put a telescope up to his blind eye when he was ordered to withdraw his ship from battle, Wilson says you can put away any thoughts of catching the fish.

“I remember one time, in particular,” says Wilson. “We pulled into a bay on Wollaston that had been fished a few hours prior by another guide and his guests. We raised two separate big fish over the course of the next 20 minutes that clearly gave us the Nelson eye.

“But the most memorable occasion was when my wife and I were muskie fishing with her parents, who have a cottage on the Winnipeg River, near Minaki, Ontario. I raised a nice fish in the 45-inch range and it put its head right out of the water, so far out that you could see its pectoral fins. It freaked out everyone because it held its head above the water for over 30 seconds. You could clearly look into its eyes and you knew there was stuff going on inside its brain.”

Is Wilson’s thinking anthropomorphic or might it actually be possible that large predatory fish like northern pike and muskies have the ability to determine if a situation is forbidding or potentially life threatening? For his take on the situation, I consulted good friend, former OMNR colleague and Queen’s University professor emeritus, Dr. John Casselman.

Casselman (along with renowned ichthyologist and head of the Royal Ontario Museum, the late Dr. Ed Crossman) are celebrated for many things, but the one that stands out most prominently is their groundbreaking Cleithrum Project, that gathered crucial age and growth data on tens of thousands of muskie catches. The massive multiyear study vaulted muskie management into the modern era.

So, does Casselman think that predatory fish can give anglers the evil eye to avoid potentially perilous situations?

“I have seen and heard others comment on large esocids giving them the eye,” says Casselman. “These large fish are usually strongly territorial and it doesn’t surprise me that they might keep track of things in their area.”

Listening to Wilson and Casselman ponder the possibility of the Nelson eye, I was reminded of a conversation I had while shark fishing with good friend and Halifax-based Blue Shark Charters captain, Art Gaetan. Blue sharks are Art’s speciality, but every once in a while a magnificent mako or great white will wander into his salty neck of the woods. Art marvels, in particular, at the makos’ acrobatic reconnaissance tactics.

“They will explode from the water, without any warning, just like a Polaris missile,” Art says, his eyes wide in wonder. “They’re not hooked or attached to anything—they are jumping free—and at the apex of the leap, you can see them twist and turn their heads and look straight at you. I am certain they’re curious, leaping high out of the water, simply to get a better look around.”