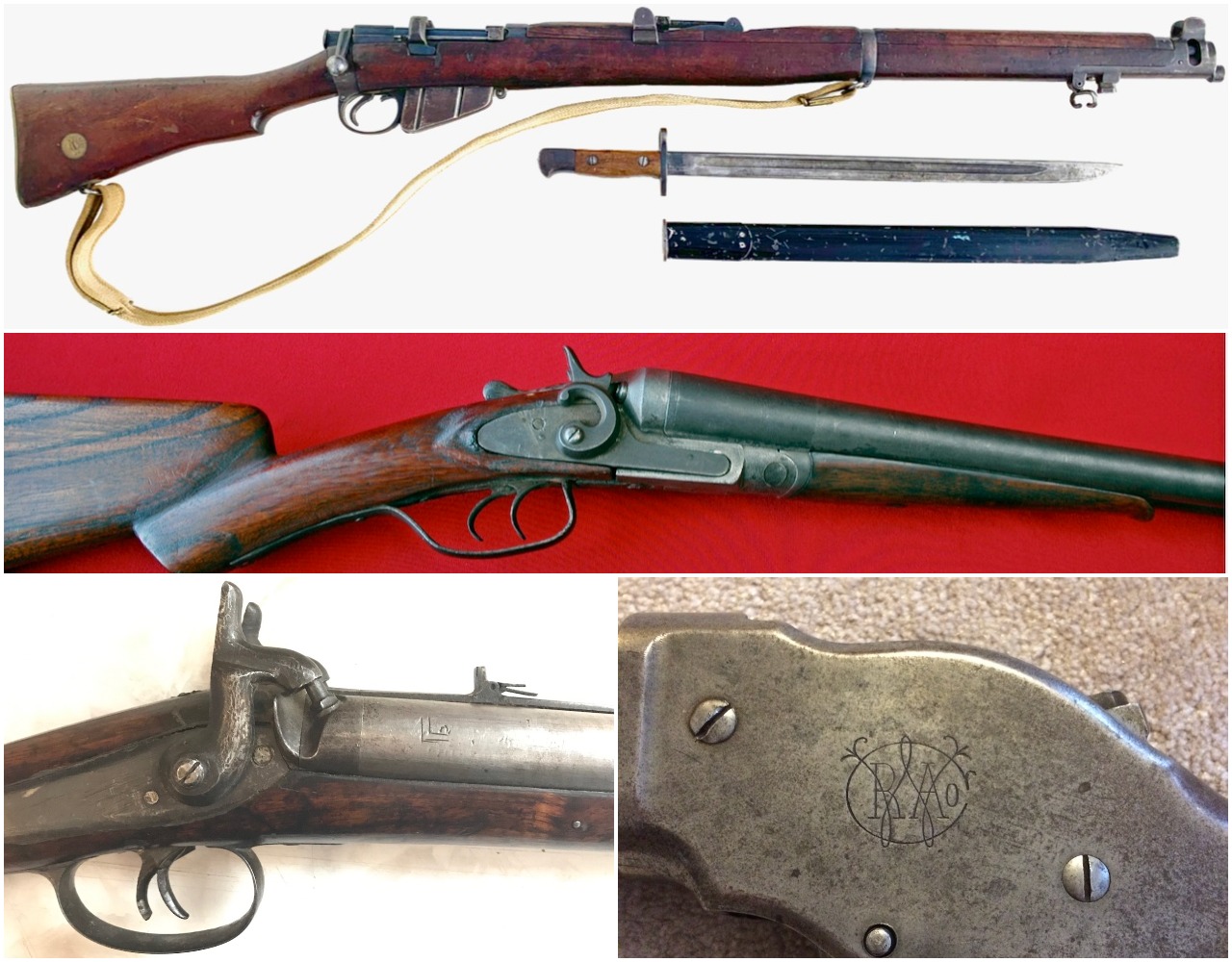 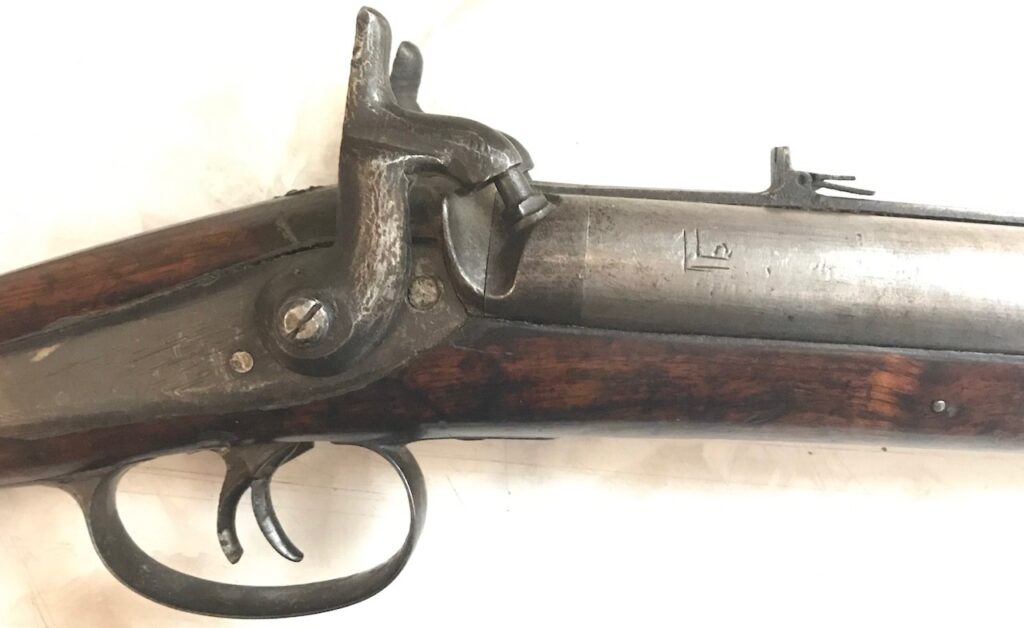 Can you give me any information regarding my Sinde Irregular Horse gun, which has a 20-inch barrel? I have attached the best photos I have of it. I can’t find much regarding this gun, but I notice that the writing on it reads “Sinde” instead of “Scinde.” Any help would be greatly appreciated.

This is a most interesting firearm. It was made around 1850 by C.P. Swinburn & Son of Birmingham, England. The name should be engraved on the locks, though it may have been worn away over the years. The company described itself as “Contractors for Arms to Her Majesty’s War Department.” One source says 2,000 of these carbines were produced for the Sinde Irregular Horse (SIH) regiment. They were smoothbores, but intended to be loaded with ball; the calibre is approximately .700.

I’ve seen the Sinde name spelled several different ways, including Sind, Scinde and, on current maps, Sindh. At present, Sindh is one of the four provinces of Pakistan; when the SIH was formed in 1838, Sinde was a province of India. The regiment’s primary role was to protect trade caravans from raids by Baluchi tribesmen. Interestingly, the regimental badge includes an image of a Baluchi warrior as a tribute to the respected foe’s skill and valour.

The SIH’s first commander was a British military engineer named John Jacob, who became a brigadier general. He was a courageous leader in battle, but was best known as a competent administrator. The SIH was based in the town of Khangur, which later changed its name to Jacobobad as a mark of respect to Jacob. He was buried there after he died in 1858 at the age 46, apparently from overwork. In 1997, the Pakistani government spent a considerable sum redecorating the gravesite, and invited Jacob’s descendants from England to the rededication ceremony.

Your carbine is certainly collectible owing to its association with such a distinguished regiment. It’s almost impossible to put a value on it, however, as so few of these firearms ever come up for sale. I did find information on one such gun that sold in England five years ago for the equivalent of $1,650.