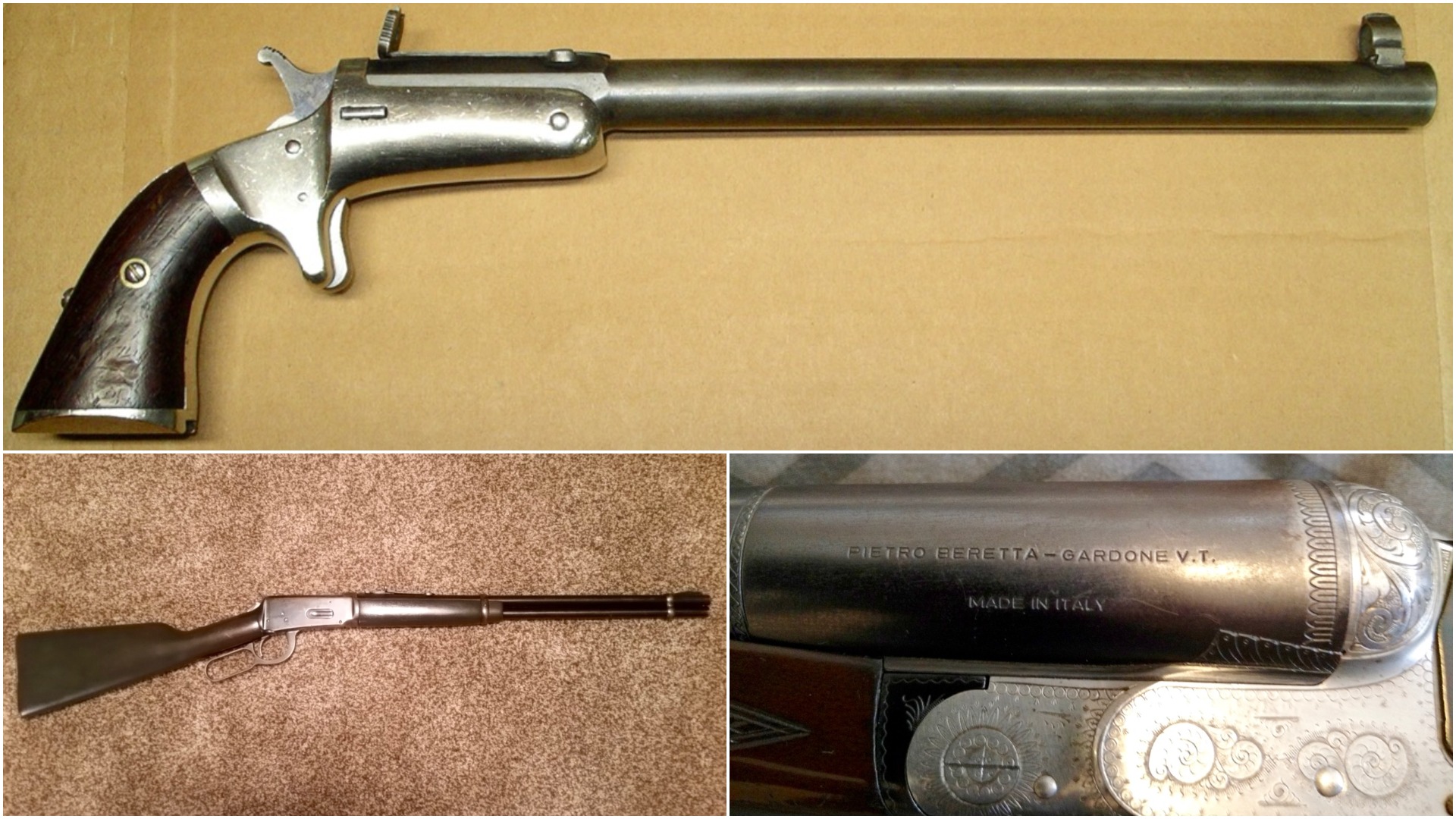 The value of these readers’ vintage firearms may surprise you

I have an old handgun made by Stevens (above). Marks on the gun include “J. Stevens & Co. Chicopee Falls, Mass., Pat. Sept. 6, 1864.” The serial number is 1879. I did some research and it looks to be an old .38-calibre pocket rifle. The 10-inch barrel is round, and there’s no stock or trigger guard. Can you give me an approximate value for this little gun.

The Stevens Pocket Rifles were introduced in 1869 and remained in production (in several versions) until 1896, according to most sources. Production may actually have continued a bit longer, as the guns were advertised for sale until around the start of the First World War. Of course, those may have been made in 1896 or earlier and still in stock.

As bicycling became popular toward the end of the 19th century, the guns were also advertised as “Bicycle Rifles,” the idea being they could be brought along in a handy leather case. And because of their handy size, with the stock removed, they were quite popular with campers and anglers, and hunters wanting a spare firearm while afield. They were made in barrel lengths of 10, 12, 15 and 18 inches, and in a wide array of calibres, from .22 to .44.

These rifles were also made in a number of sizes and variations. Yours appears to be a New Model Pocket Rifle, First Issue. It has a dovetail cut on the bottom of the grip for a detachable stock, which would be further secured by a screw extending into the back of the grip. The original models used a somewhat different system to attach the stock.

The First Issue proved very popular, but it was only in production for about three years. It was replaced by the similar Second Issue, which had the firing pin mounted in the frame instead of on the hammer. There’s no way to determine the exact date of manufacture, but your Stevens was most likely made around 1872. At a Canadian firearms auction, I estimate it would sell for $250 to $300. If you had the original detachable stock, that would likely have added at least $200.