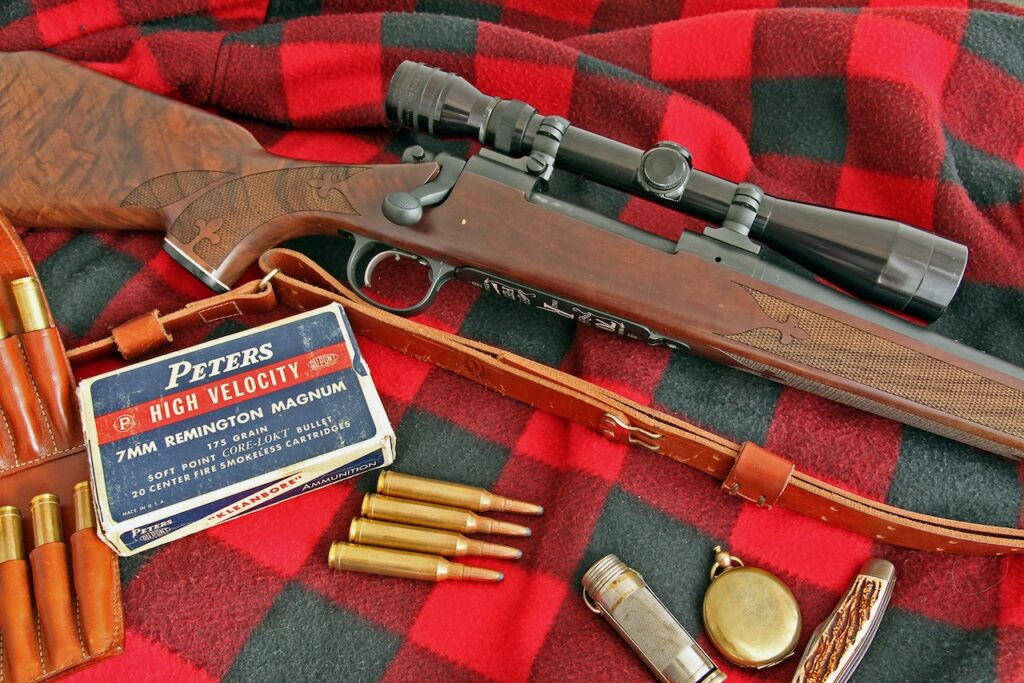 In the 1960s, if you hunted with a Remington Model 700 in 7mm Rem. Mag. with a 3-9 Redfield scope, you were pretty much on the cutting edge—and certain to be envied and admired, or at least envied. The Model 700 was based on the previous Remington Models 721, 722 and 725, but with a few cosmetic changes to the action. It also had a redesigned stock with impressed checkering, an innovation at the time. Introduced in 1962, the rifle became so popular that it was hard for a time to find one for sale.

The Model 700 would go on to become the most popular American bolt-action hunting rifle, spawning dozens of variations. The 50th anniversary model shown here was manufactured in 2012 only. It came chambered in 7mm Rem. Mag., and with the original fleur-de-lis checkering pattern. In 100 per cent of its original condition, and with the original box and papers, its current value is likely in the range of $1,200 to $1,500.