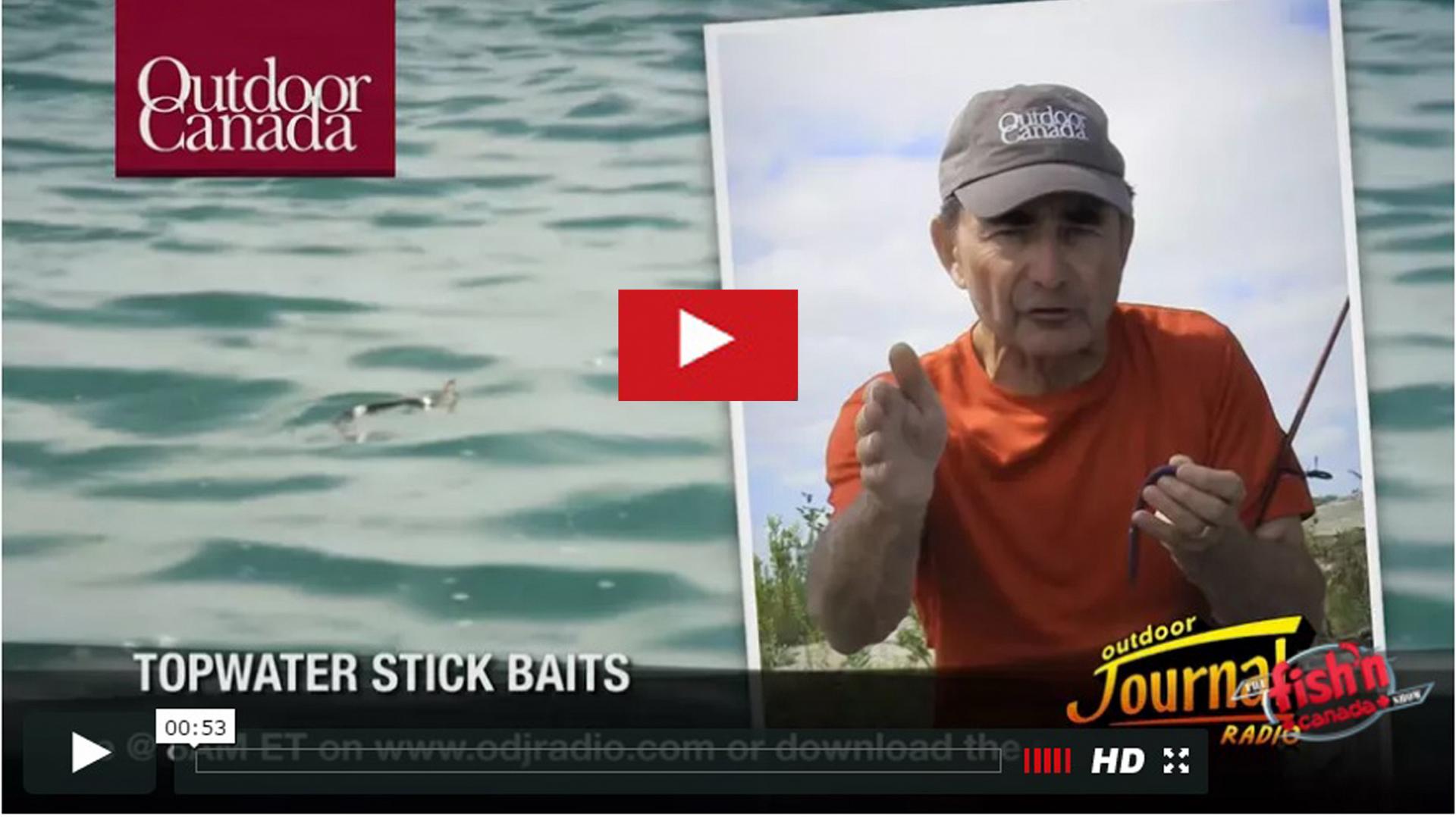 In this video, Gord Pyzer reveals a trick for fishing soft-plastics—on the surface!

A couple of years back, I had the privilege of spending a day in the boat with Bassmaster Elite pro Bill Lowen as he practised for the Rumble on the Mississippiout of LaCrosse, Wisconsin.

I was researching an Outdoor Canada magazine feature on how Bill—who is widely regarded as one of the best swim jig anglers on the planet—fishes the lures with which he has become synonymous. It was quite the learning experience, and in more ways than one.

First, I got the swim jig story I was hoping to get, along with a PhD course from a veritable master. But as were plying the moving waters of the Mississippi River around high noon, on a sweltering hot and humid day, the conditions became flat calm. It was ideal for probing the lush cane and thick grass beds with a topwater lure, which Bill did.

But guess what bait he pulled out of his bag of tricks?

No, not a frog as you’d expect, but rather a Senko-style soft-plastic stickbait.

He carefully rigged it arrow straight and Texas-style with the hook point barely embedded under the skin to make it weedless. Then he looked for any lanes or openings in the weeds and proceeded to swim it over top of as many high potential areas as possible.

Retrieving the lure at a slow steady pace, Lowen made the stickbait look for all the world like a tiny, vulnerable, water snake slithering across the surface.  And when a big bass rolled up underneath and missed it, Bill simply stopped reeling and let the soft plastic slither down, as though it was mortally wounded.

There is probably not a bass angler reading this who doesn’t own at least one, and probably several dozen packages of soft plastic stickbaits.  But tell me, when was the last time you fished one up on the surface as a topwater bait?

It is the subject of this week’s Fish Talk With The Doc video clip that I recorded for the Fish ‘N Canada television show.  And I am betting that if you give it a watch, you’re going to be adding a new arrow to your topwater fishing quiver.