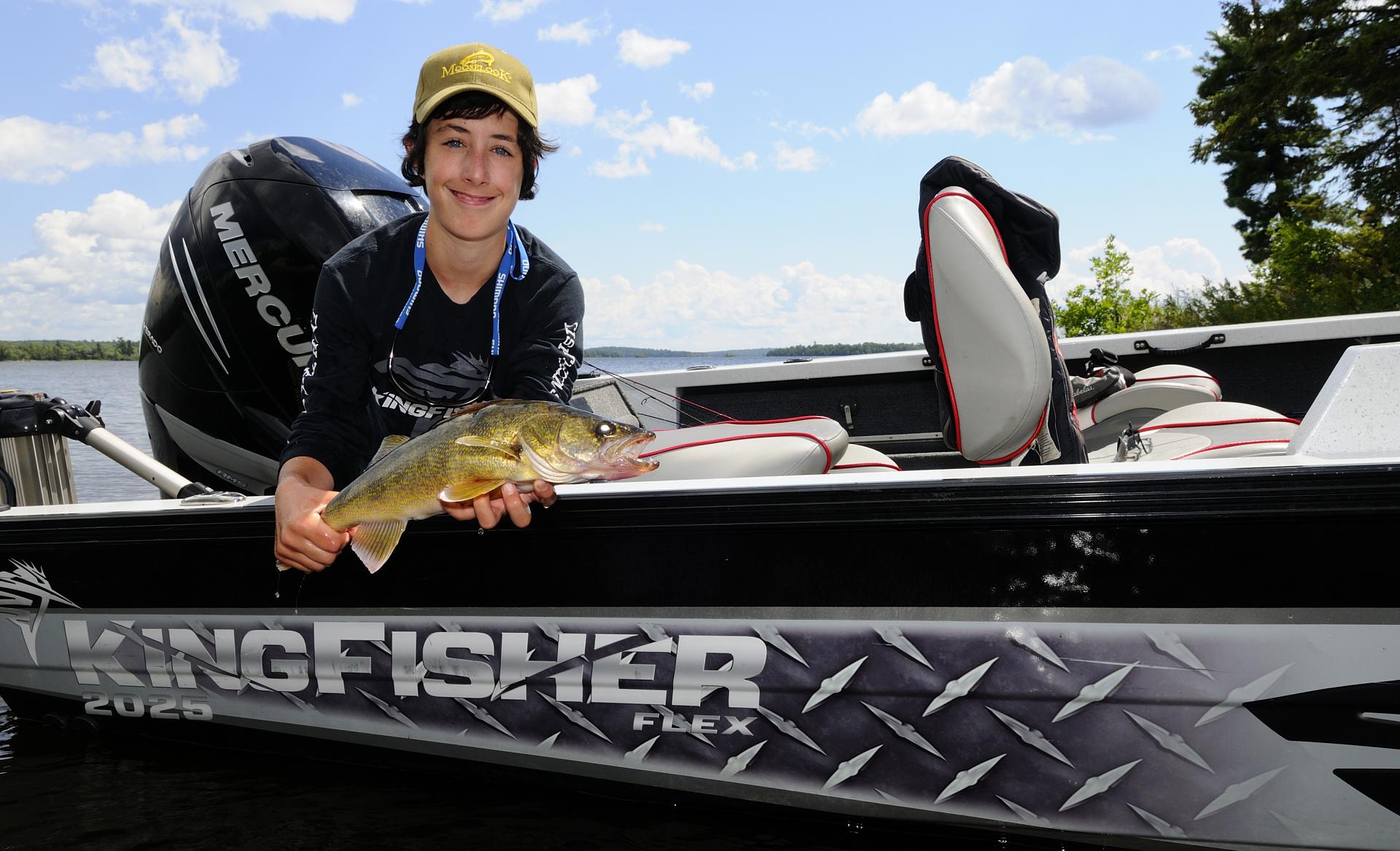 Solving the mysteries of springtime walleye

Why are there more males than females in the spring, and how do you tell them apart?

One of the things I enjoy so much about presenting fishing seminars, like I did at the Spring Fishing and Boat Show in Toronto a week ago, is the opportunity to meet other anglers, look at the images of fish they want to show me (what did we do before Smart phones?) and hopefully answer questions.

I always reckon, too, that if one person stands up and poses a question at a seminar, it is likely that a bunch of other folks were wondering the same thing. Two recurring walleye queries at the show this year were: why do we catch so many more male walleye when the season opens in the spring; and because catch-and-release is uppermost on the minds of many anglers these days, is there a way to distinguish male walleye from females?

Starting with the preponderance of males in the spring, one of the reasons is that male walleye mature at least one year earlier than females. So there is always at least one extra year class of males spawning.

Obviously, the age at which fish mature varies greatly, based on many things, not the least important of which is the local climate. Where I live, in Northwestern Ontario, for example, male walleye generally mature and spawn for the very first time when they are five years old. Females, on the other hand, generally lay eggs for the first time when they are six years old.

The second reason why we typically catch more males than females in the spring, however, is more fascinating. It is because the larger females are quicker to leave the well known spawning areas, where most anglers fish when the season first opens. 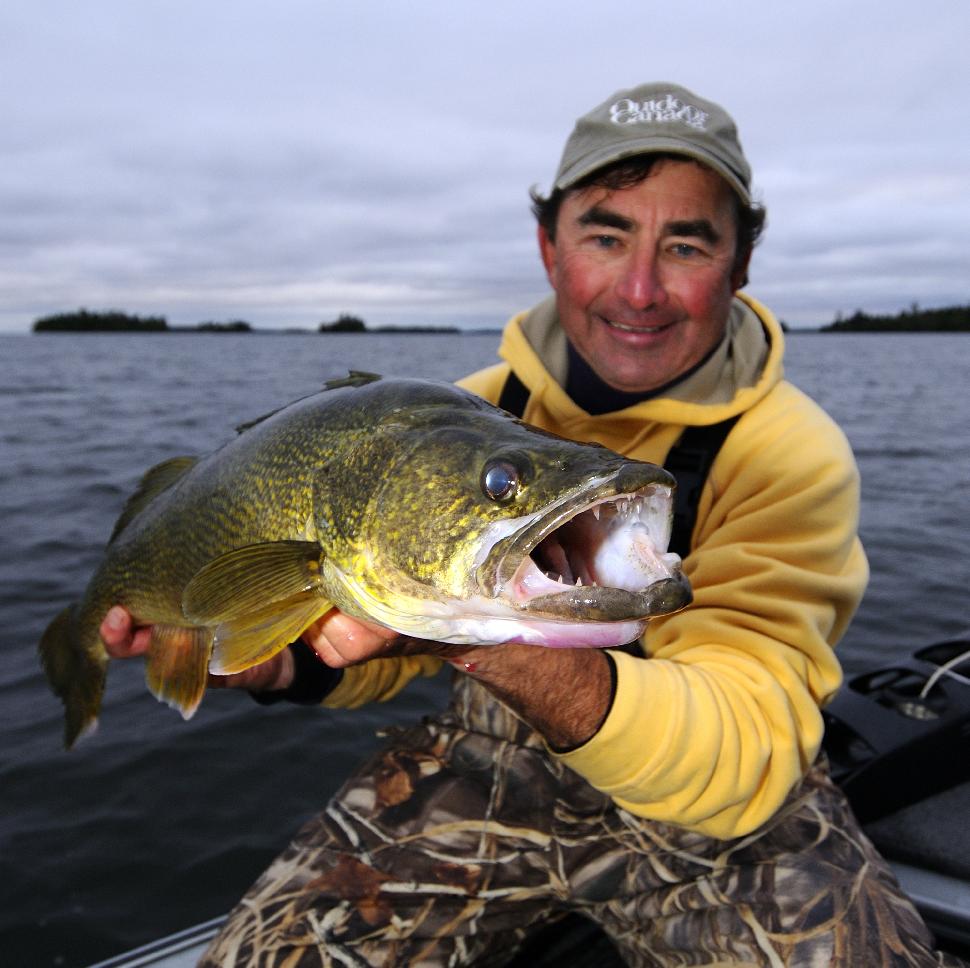 My good friend and former OMNR colleague Dr. Peter Colby did some wonderful study in the Savanne Lake Research area on this topic, and concluded the larger females seek out what he called “deep-water refugias”. In other words, they head for colder water where there is plenty of soft-rayed forage like ciscoes, aka tulibees or herring.

Younger, smaller male walleye, on the other hand, typically linger in the shallower warmer waters around the spawning areas, where they forage on yellow perch, that spawn a little later in the very same locales. It is worth noting, too, that Peter concluded that smaller male walleye eat yellow perch not necessarily because they prefer them, but rather because they are more abundant.

As walleyes grow bigger, however, they are able to switch their diet over from what is most plentiful to what they actually like to eat. And, as I mentioned earlier, that is the softer-rayed protein packed ciscoes.

Finally, bigger female walleye retreat much more quickly to deeper water for another reason. They can grow larger and produce more eggs when they live in a cold water environment.

“The strategies of male and female walleye are different in the spring,” Colby says. “The males linger around the spawning areas and eat perch and shiners. But the females move to colder water to reduce the metabolic demands on their body. Their whole strategy revolves around consuming food in order to produce ever greater numbers of eggs.”

So there you have it. If want to be out in front of the crowd this spring, and catch (and release) bigger female walleye, rather than numbers of smaller males up in the shallows, it may well be worth your time and effort to seek out some of Colby’s deep-water refugias.

Which brings us to the second question on many walleye anglers’ minds. How do you distinguish between the sexes?

The answer, depending on the season, is with some difficulty. 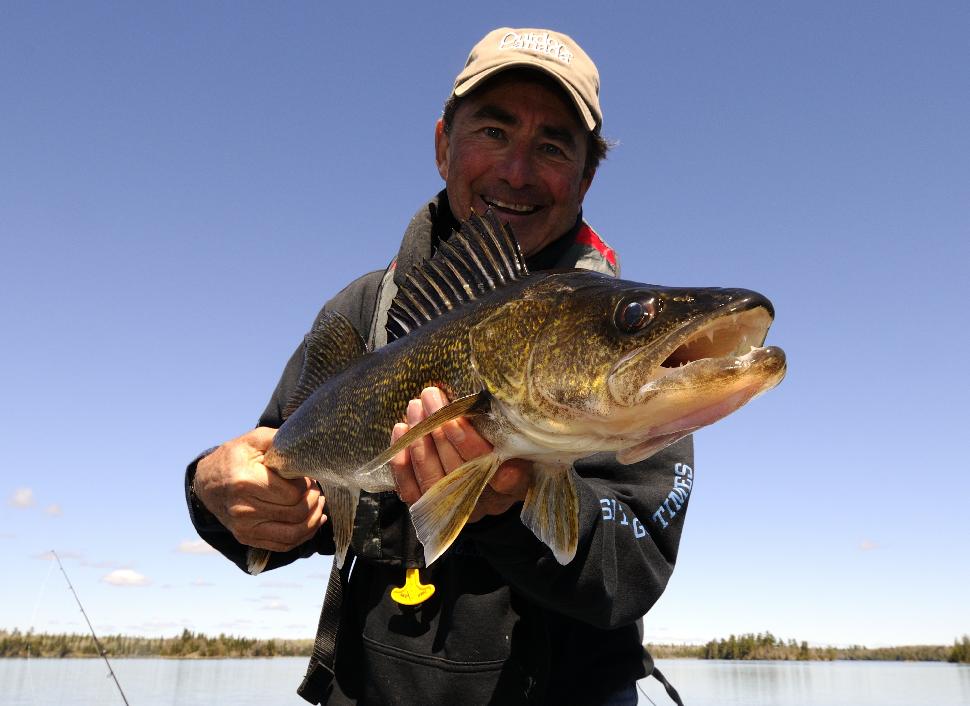 Prior to spawning, female walleye are much bigger, fatter and fuller. Indeed, they often have huge distended bellies and look to be bloated, which is a sure sign that they are carrying hundreds of thousands of eggs. But after the fish spawn, telling them apart is easier said than done.

For certain, large walleye are almost always female fish. Like most fish species, the size advantage goes to the females so that they can produce more eggs and keep the population strong.

But when they are smaller—say 14 to 16 inches—it is almost impossible to tell whether the fish is a male or female.

I know several anglers will disagree with me and say they can tell the sexes apart, but the most skilled scientists I know confess that they can’t do it with any degree of accuracy, short of dissecting the fish.

So, other than during the pre-spawn period, it is really a guess, which still means that you’re still going to be right about 50 per cent of the time.