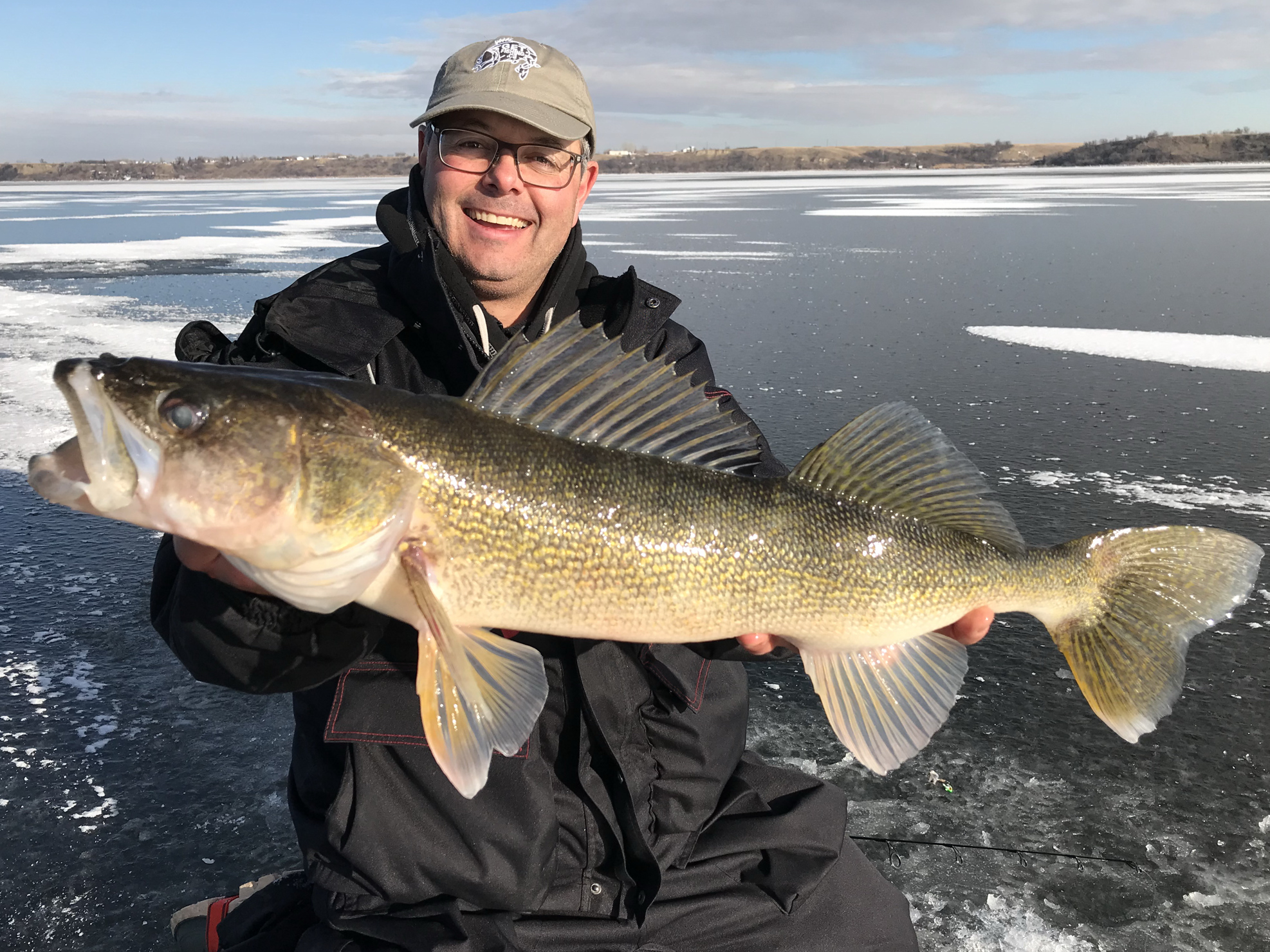 Big females are champion spawners, but the males matter, too

Buddy Jeff Matity sent me a photo the other day of his brother Jason with a gorgeous 29-inch walleye, that he caught last week while ice fishing on Last Mountain Lake, Saskatchewan. What made the catch even more remarkable, however, was the fact that the giant walleye was a male.

With very few exceptions—northern range smallmouth bass being one of them—the advantage in the fish world almost always goes to the female members of the population, which grow much bigger in order to produce more eggs. That’s the reason why it is very rare, for example, to catch a male muskie that is bigger than 40-inches.

But, what you might find even more fascinating is how Matity (who heads up Saskatchewan’s Fort Qu’Appelle Fish Hatchery) and other biologists distinguish male fish from female fish by simply looking at them.

“I gave this tremendous character of a fish the name Donkey Kong,” says Matity, “because of its enormous head, slender body; large, thick, gnarly fins and grey-ghost appearance. I am familiar with what big male walleye look like from doing spawn camp on this system, and these qualities are tell-tale signs of a very old male. Indeed, we have several (although exceedingly rare) brood stock males in the 25- to 27-inch range that are still good spawners with good volumes of sperm and no discernible lack of quality.

“At any rate, Jason’s big walleye is an exceptional trophy, not only because of its weight, but because it is a unicorn of a fish—an ultra-rare gigantic male.”

Matity went on to say that when he is handling captive rainbow, brown and brook trout of both sexes in the hatchery, as well as wild stocks of lake trout and walleye, he sees common physical characteristics developed by fish near the end of their lives.

“When compared with much younger female fish of comparable length,” says Matity, “male trout, walleye, northern pike and yellow perch have heads that are disproportionately larger and longer. Their eyes are often clouded over with cataracts, their pigmentation changes from gold to grey, there is a thickening or “stubbiness” to their fins and roundness to the caudal fin (sloughing off most or all of the yearly growth of fin edges) and a leanness to their bodies.”

Matity also mentioned that when he and his team have collected lake trout spawn in northern Saskatchewan, they have taken fin ray samples of similar looking 6- to 8-pound trout. The male fish had the characteristic “thick fin” phenomenon and were aged at 26 years old. The same size females, on the other hand, were only nine years old.

“Mother Nature does not urge males to grow as big, since sperm are infinitely tiny compared to eggs. As long as an individual male is healthy, he can produce fresh, viable sperm for the entire spawning season, unlike the one-shot quantity of ripe eggs from a female.”

Given all this, then, why did Jason Matity’s male walleye grow so big?

“The literature suggests that a male walleye over 25-inches is virtually non-existent,” says Matity. “So why did Last Mountain Lake produce this guy approaching 30-inches? Superior genetics definitely played a role. But I believe food, and the way Mother Nature rationed it out, created “the perfect storm” for Donkey Kong.

“The first five or six years of a walleye’s life are the most significant for skeletal body growth. This fish likely was the product of the resurgence of yellow perch and other forage fish around the time of the 2008 and 2011 floods on Last Mountain Lake. Those floods raised the water level, dropped the salinity, and kicked out record year-classes of many fish species.

“Beyond age six, I believe this fish was able to seamlessly bridge the gap between eating perch and shiners, to eating juvenile and adult ciscoes, and continue what were virtually, back-to-back floods, and steam train-like growth spurts.

“It is evident, however, by its faded colour, thickening and rounding of the fins; long, lean, uninjured body; cloudiness of the eye (that’s not ice in the photo) and gator-like head, that this fish has had arrested or significantly slowed growth for many years, giving it the ‘classic male’ look.”

Of final interest, and surprising to many, I am sure, Matity says that the vibrancy of these rare old male walleyes is still excellent, just as it with the giant female fish he often has the luxury of handling.

“The most impressive walleye I ever handled was a female fish from Diefenbaker Lake that weighed 17 pounds, and produced over 500,000 eggs. Along with the other gigantic fish from which we collected eggs, the combine fecundity exceeded 80 per cent. That’s why big fish matter—even males.”