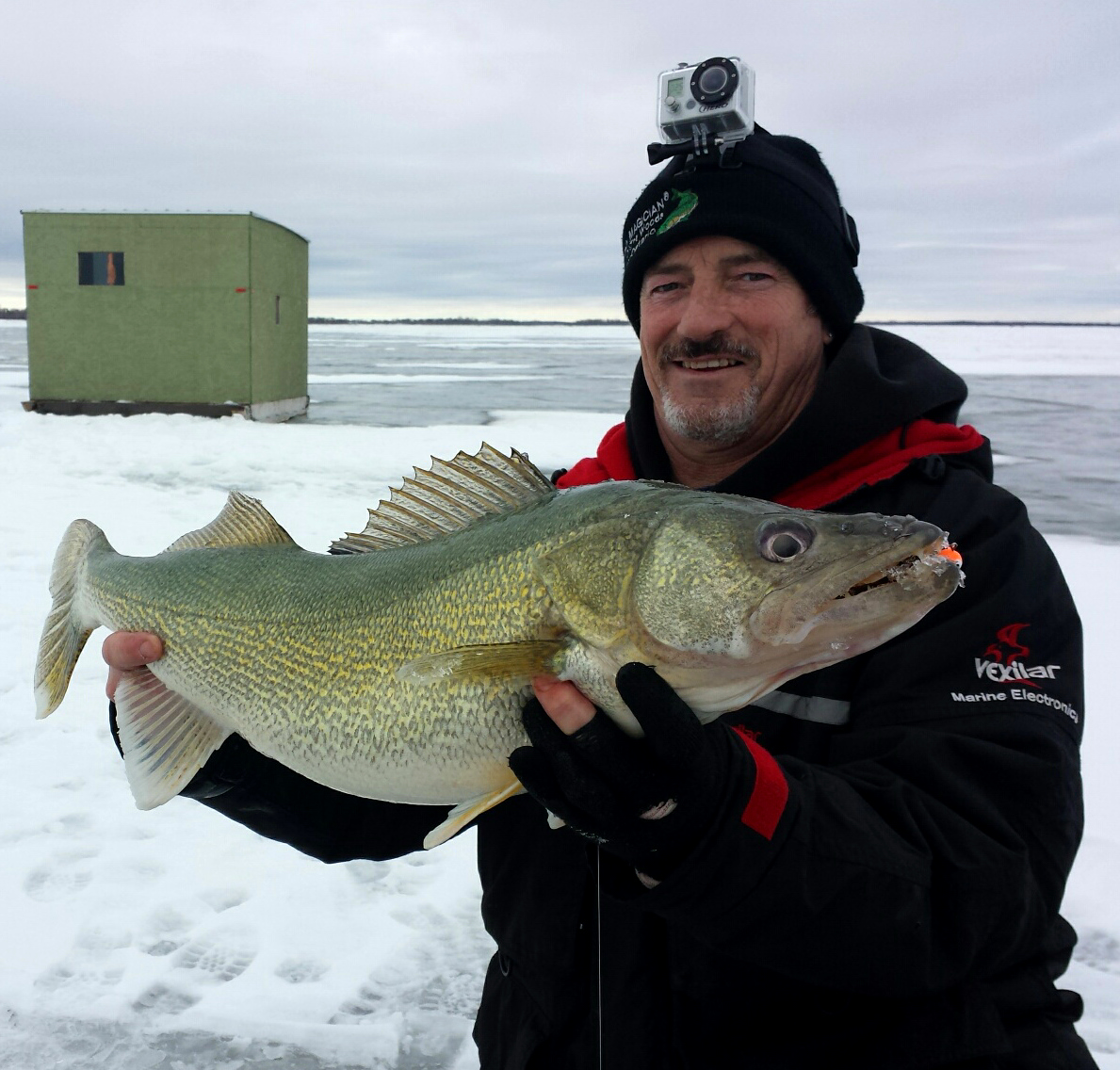 Oh, boy, am I ever in trouble.

I spent the past weekend presenting fishing seminars in the Cabela’s store in Winnipeg and had an absolute blast.  But, before each seminar I asked the folks in attendance to send me some of the images of their “greenback” walleye catches from this past winter from the Red River and neighboring Lake Winnipeg.

Unless you’ve been living under a rock for the past decade, you know that the big lake north of the city is the undisputed Winter Walleye Capital of the World.

In fact, Jimmy Lindner and I were talking about it recently and we both agreed that there are probably more over 10-pound walleye caught on any single Saturday or Sunday during the winter on Lake Winnipeg, than in any other province or state on the rest of the continent.

So, how is that a problem?

Well, putting my big foot in my even bigger mouth, I said that after I reviewed the images, I would award three one year subscriptions to Outdoor Canada Magazine to the folks who submitted the coolest ones.

So now I’ve got to make a decision … or rather, three.

I mean, take a look at this gorgeous walleye caught by Danny Kleinsasser. By the way, if Danny’s name sounds familiar, it is because he is the “Danny” behind the world famous Danny’s Whole Hog Smokehouse and Catering business   But if I award a top prize to him, I am going to be accused of selling out for some of his amazing barbeque and pulled pork …. and we can’t have that can we?!?

So, nice try, Danny, but no cigar 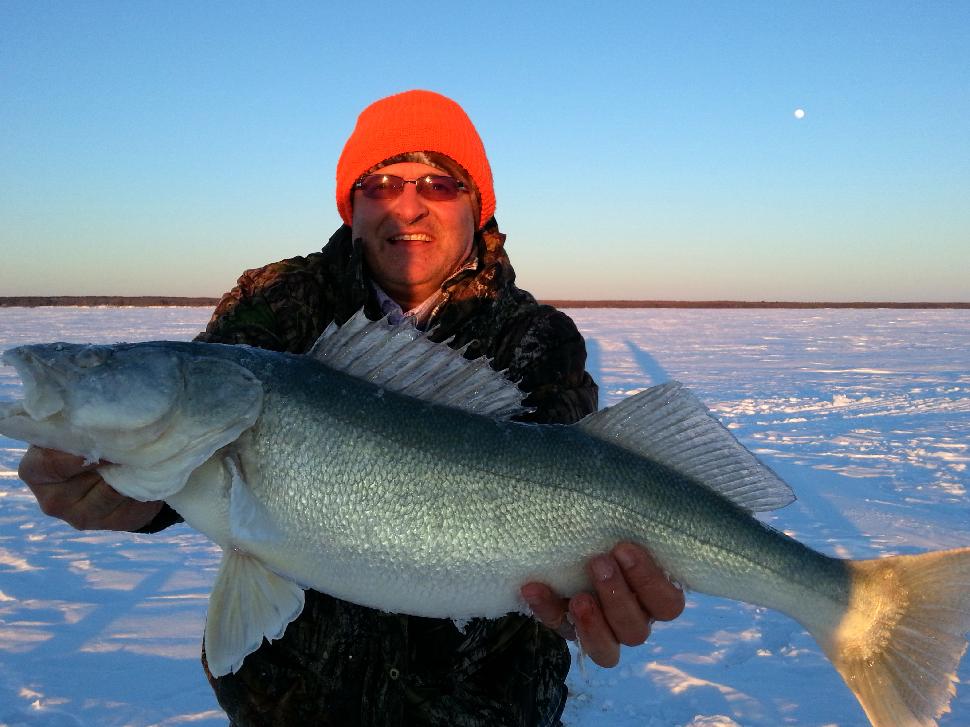 Which brings us to two of the top guides on Lake Winnipeg, starting with the king himself, Todd “Rock and Roll” Longely, who runs City Cats Guiding Service on the Red River in the summer and guides for “greenbacks” on Lake Winnipeg in the winter.

You’re not going to believe me when I say this, but I have no doubt whatsoever, that Todd singlehandedly guides his guests to more Manitoba Master Angler Award winning walleye in the winter than are caught IN TOTAL on any other walleye lake in the world.  Pretty heady stuff right ….

But I just plugged his business and provided a direct link to his website so that you can book the trip of a lifetime with him this summer or next winter, so I’ll be darned if I am going to award him an annual subscription to the magazine, as well.

Even if he guides his guests to giant walleyes like these two beauties almost every time that he is out on the ice! 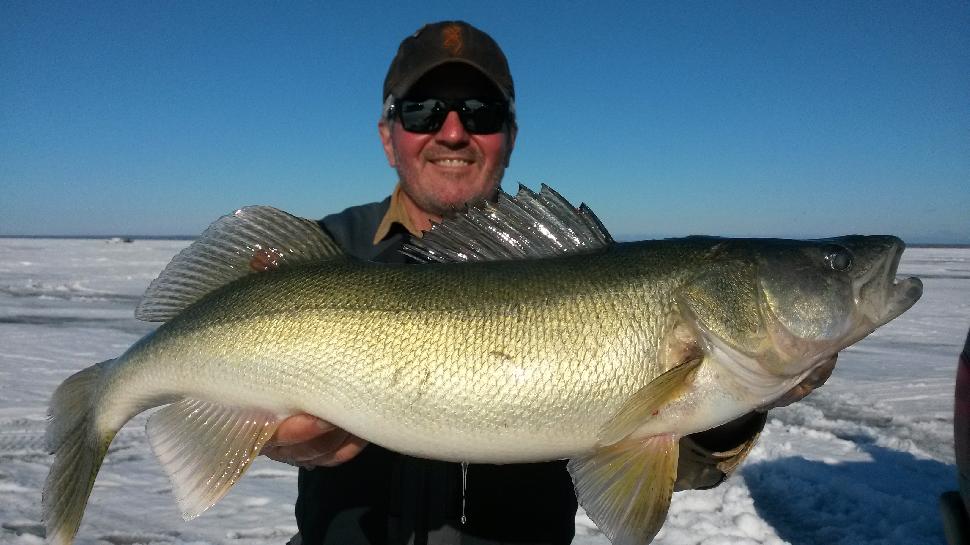 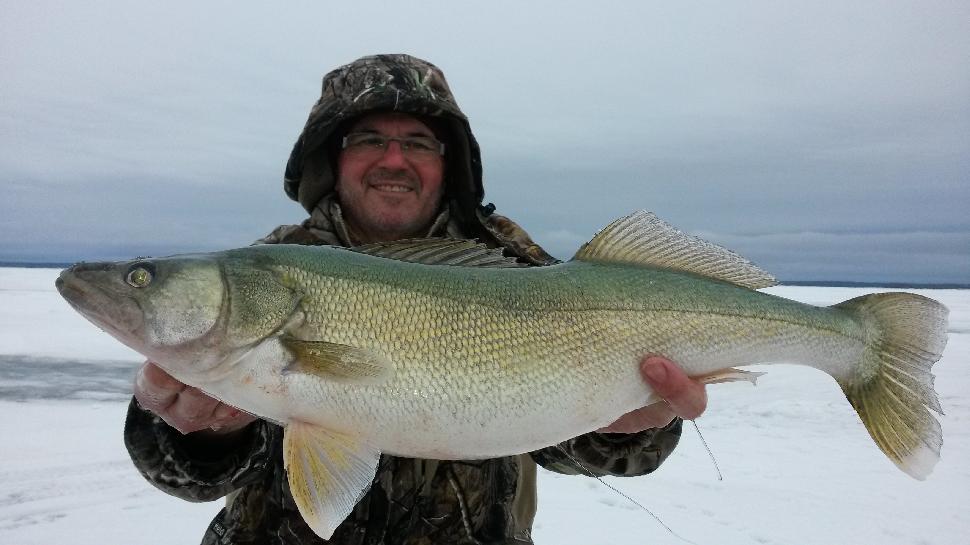 Ditto, Brent Kruger who operates The Fishing’ Magician  out of Kenora in the summer and who sneaks away with family, friends and clients all winter long to an ice hut that he has planted on the massive inland sea – the whereabouts he won’t divulge.

Talk about biting the hand that feeds you.

Brent also manufacturers and distributes the famous Skid Stick Popper  one of the coolest topwater lures you can use for bass, muskies and pike.  But he is a guide and lure maker, for crying out loud, and even if he ices walleyes like this one from dawn to dusk most days, I am still not giving him a subscription to the magazine. 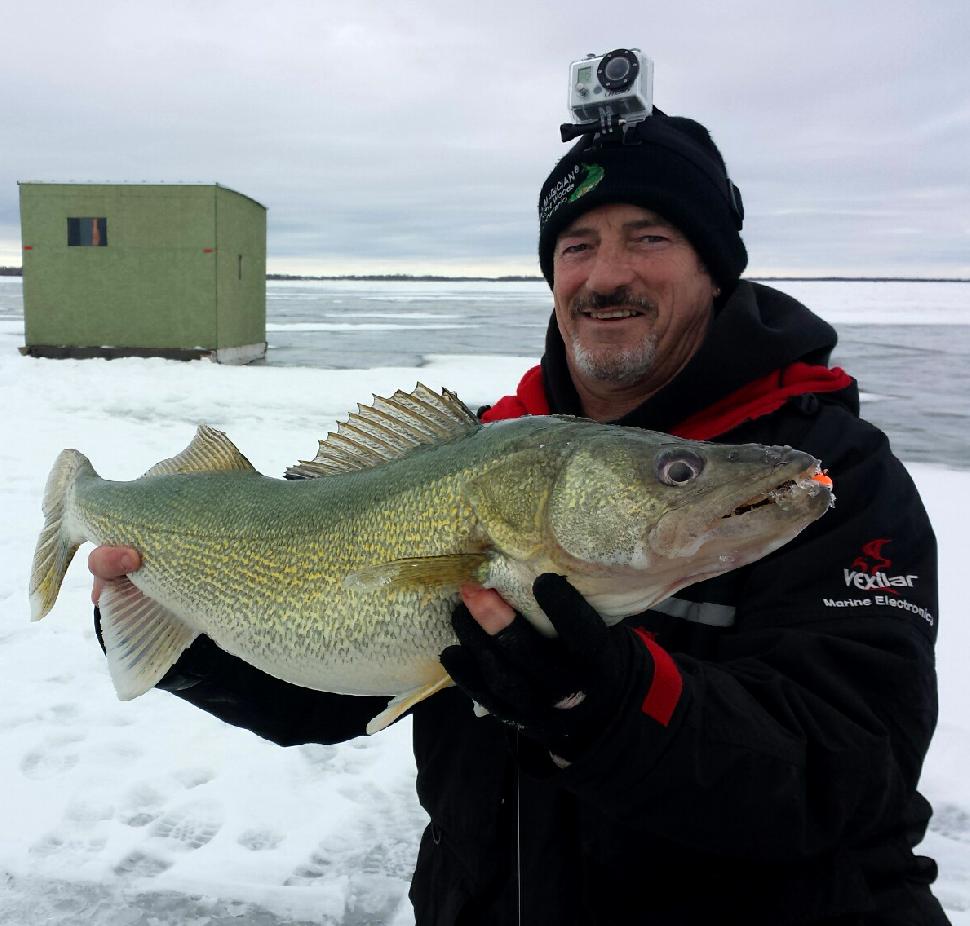 And then there is Dan Goulet, the ever smiling Special Events and Fundraising Director for the Walleye Anglers Association of Manitoba .  WAAM is an incredible group of the nicest people that you would ever want to meet and they do a fantastic job advocating on behalf of the province’s walleye populations.

I almost felt sorry for Dan when I looked at the images he sent me, because he is a giant of a man with an even bigger heart, so when he holds up a ten pound plus walleye, it looks small.

Dan even tried to “impress me” by sending along a second image of him drilling a hole in thick ice, but I have it on good authority (thank you Lorraine Enns-Goulet) that it was the only hole that he drilled all winter long!

So, nice fish, Dan – but keep on drilling – and remember what they say: “practice makes perfect”.

By now I bet you’re wondering who won? For that you’re going to have to drool over these images a while longer and wait for my next blog. 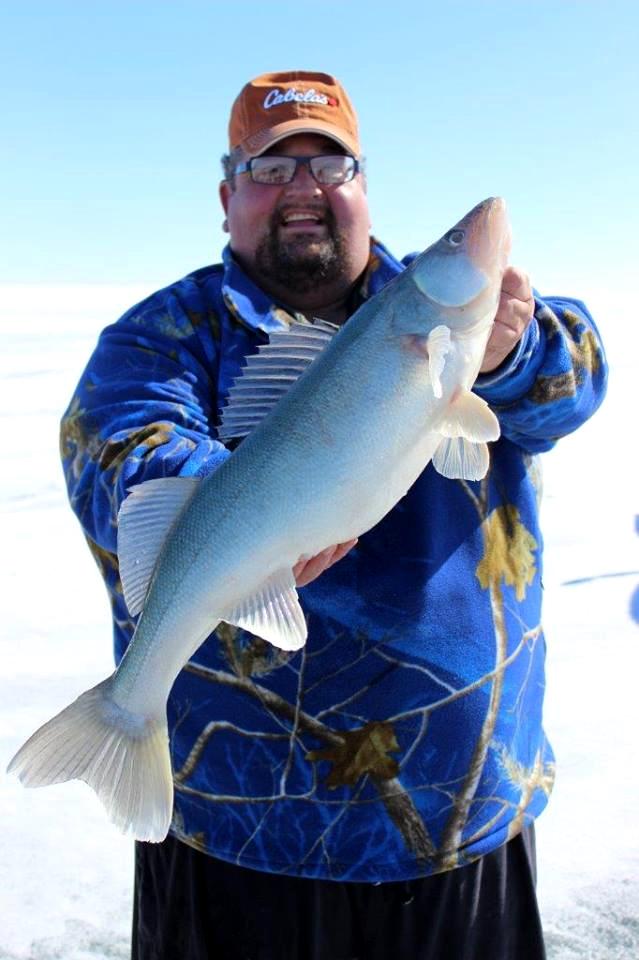