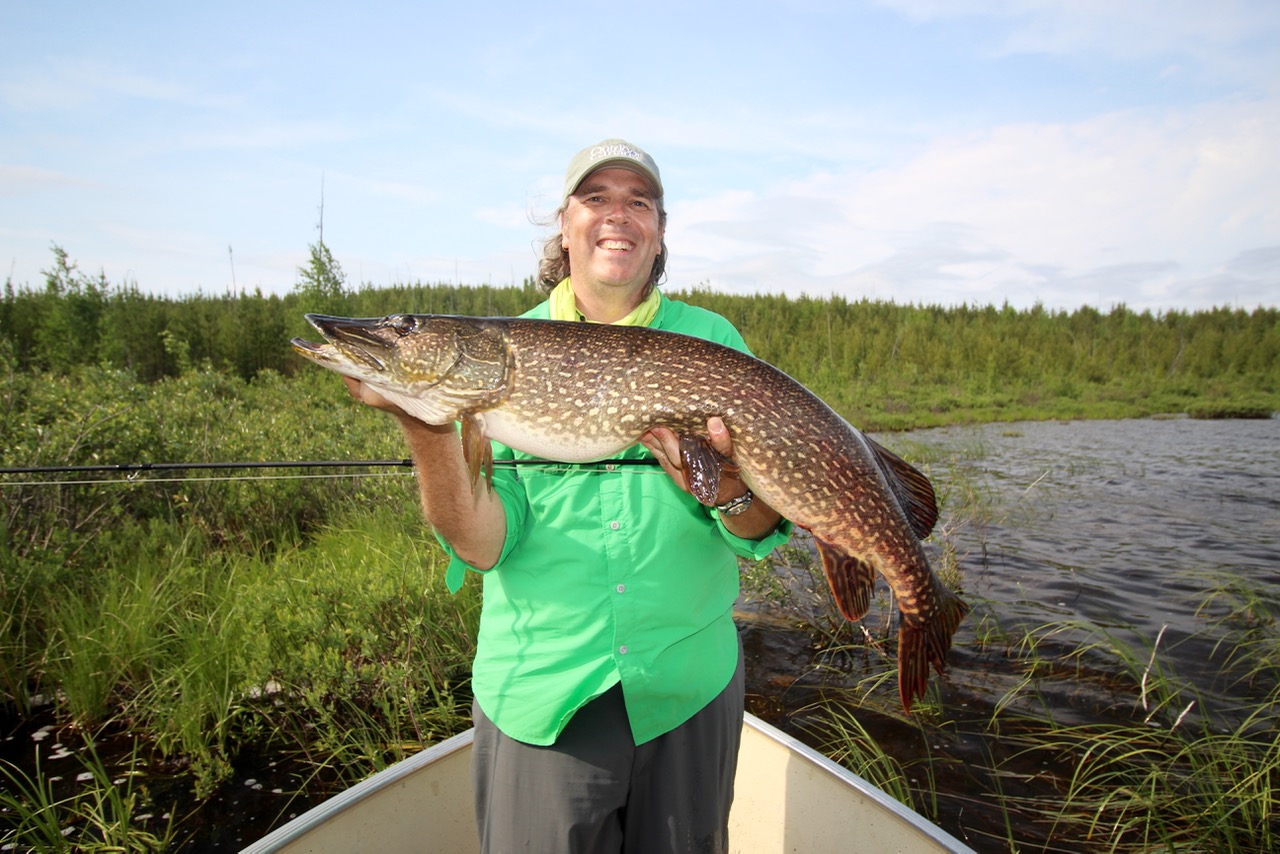 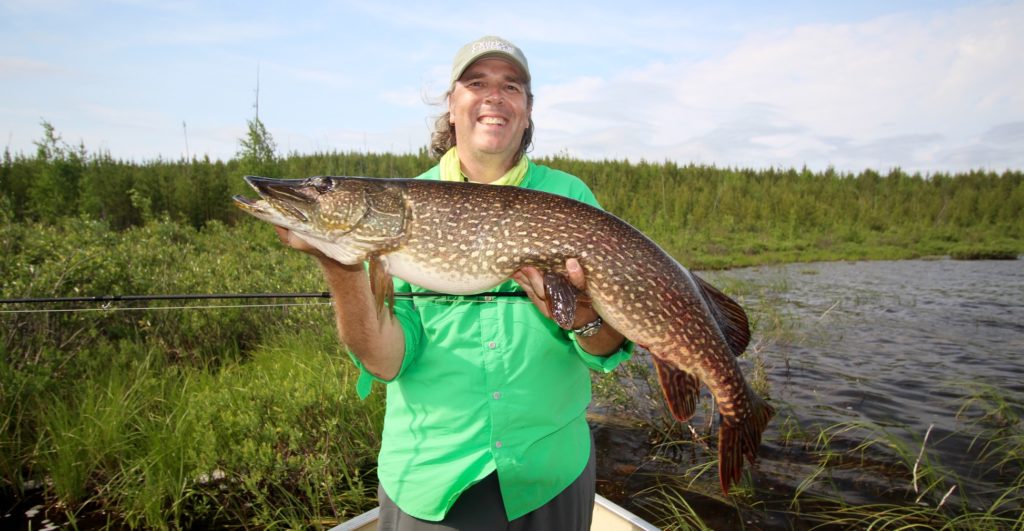 Sometimes you just know. Sometimes you look at a shoreline or a weedbed, sense the way the wind is blowing and the water is moving, and you get the tingle—that unshakable feeling that a big fish has absolutely got to be in there. Often, it’s just wishful thinking. After all, on water like northern Manitoba’s remote Pyta Lake, where I was hunting trophy northern pike, almost everywhere looks like a good fishing spot.

But this time, I really knew.

I knew it as soon as we rounded a low, sparsely forested headland and entered a half-moon bay. Little more than a marshy dent in the shoreline, I hadn’t even noticed it on our way up the lake that morning. Now it was late afternoon, and we had only a few minutes to spare before rendezvousing with our groups to portage back to the main lodge. But as my guide, Alfred Michelle, slowed the outboard to an idle, I saw why he picked the bay as our final fishing spot.

When you’re lucky, a fishing spot whispers its secrets in your ear. This one was shouting itself hoarse

All day long we’d battled a brisk west wind. However, that same wind had also been funnelling white-tipped waves all the way down Pyta Lake, and into this nameless bay. The surging water had surely brought with it the entire aquatic food chain, from micro-organisms to insects to baitfish, with bigger gamefish following this moveable feast. The chest-deep water was roiling and discoloured, freeing the pike from fear of aerial attack by the ever-present bald eagles, and leaving prey fish dazed and exhausted. Add in scattered clumps of broadleaved weeds, providing cover for an ambush, and it was one of the most promising big-pike spots I’d ever seen.

When you’re lucky, a fishing spot whispers its secrets in your ear. This one was shouting itself hoarse. It was like that moment just before a thunderstorm erupts, when the air crackles with electricity and you know Mother Nature is about to bust loose. So, I stepped into the bow, braced my legs against the ribbed aluminum hull, pulled line off my fly reel and began to cast…

[easy-tweet tweet=”One June day in the wilds of northern Manitoba, fishing thawed its icy heart, and wrapped me and my friends in a warm and welcoming embrace. ” user=”OutdoorCanada” hashtags=”ExploreMB, flyfishing, fishingislife”]