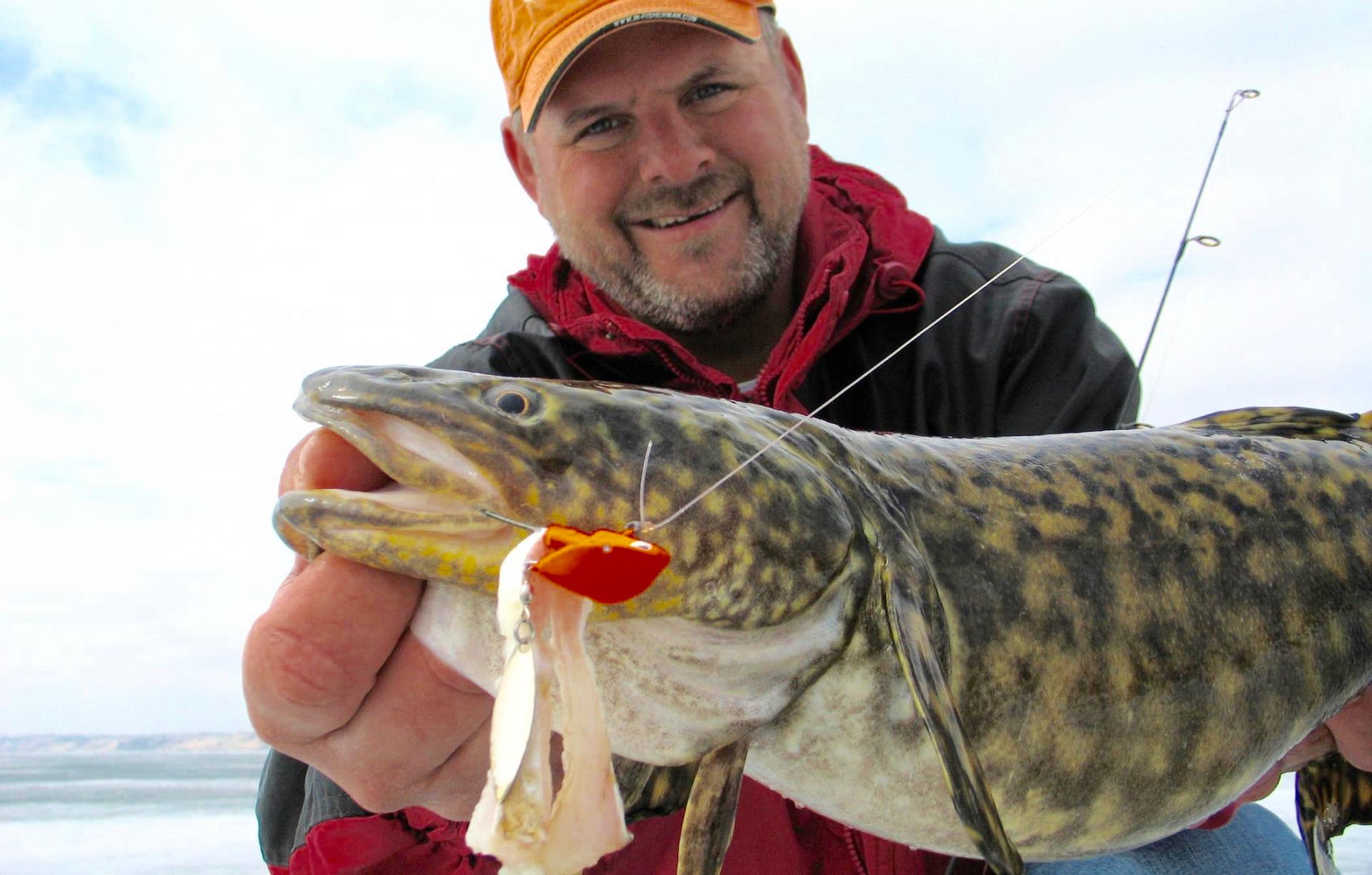 The hottest hardwater trick for icing burbot is banging big jigs on the bottom. Here's why

I always find it so cool to discover that a fishing tactic that I’ve been using for years is subsequently backed up by sound scientific data and evidence. Take ice fishing for burbot as a good case in point.

Burbot or ling—some folks also call them “mariah” and my all time favourite nickname for them is “lawyers”—are a unique species.

For starters, they’re closely related to saltwater cod. I always find this amusing, because so many folks are squeamish when they catch or see their first burbot (thinking it looks like a snake that is going to bite them, or coil its serpent-like tail around one of their extremities). Then, they go to the restaurant and order fish and chips for dinner. Yep, they put in their mouths the same cod to which burbot are so closely related.

Burbot are also circumpolar, meaning you can find them around the globe, as far away as Siberia, Scandinavia, Austria, Germany, France and the British Isles. Indeed, there are studies underway right now, looking at ways to re-introduce burbot back into British lakes where they have been extirpated.

But it is the biology of burbot that I always find so fascinating.

Did you know, for example, that ling have been caught down as deep as 1000 feet? They are also the only sport fish found in Canadian waters that spawn in the wintertime, under the ice. And the way they mate is something to behold. They group up and gather in large numbers, twisting, twirling and turning in squirming balls along the bottom.

And it’s here that things gets really interesting.

Researchers at the Federal Department of Fisheries and Oceans have recently discovered that burbot make loud drumming sounds by expanding and contracting their swim bladders. They do this to attract other burbot to the area, so that they can gather en masse and mate.

What is so fascinating about this discovery is that one of our standard burbot ice fishing tricks is banging our baits into the bottom to make a racket and call in the fish. It is a tactic I learned long ago from Saskatchewan-based buddy, Jeff Matity, who may be the most devoted burbot angler in the country.

In fact, after I read about Dr. Peter Cott’s burbot drumming discovery, I recalled Jeff telling me how First Nation burbot fishermen in the old days would cut holes in the ice and then take their fishing spears and drive them into the bottom of the lake in order to call in the fish.

We use unusually heavy, 1- to 1½-ounce ReelBait Flasher jigs, and heavy lead-bodied Fergie-type spoons these days to do the same thing, often in water as shallow as five to 10 feet deep.

To learn even more about the incredibly fascinating, burbot, and to listen to its mating call, click HERE and then move the slider to the 3.07 mark.