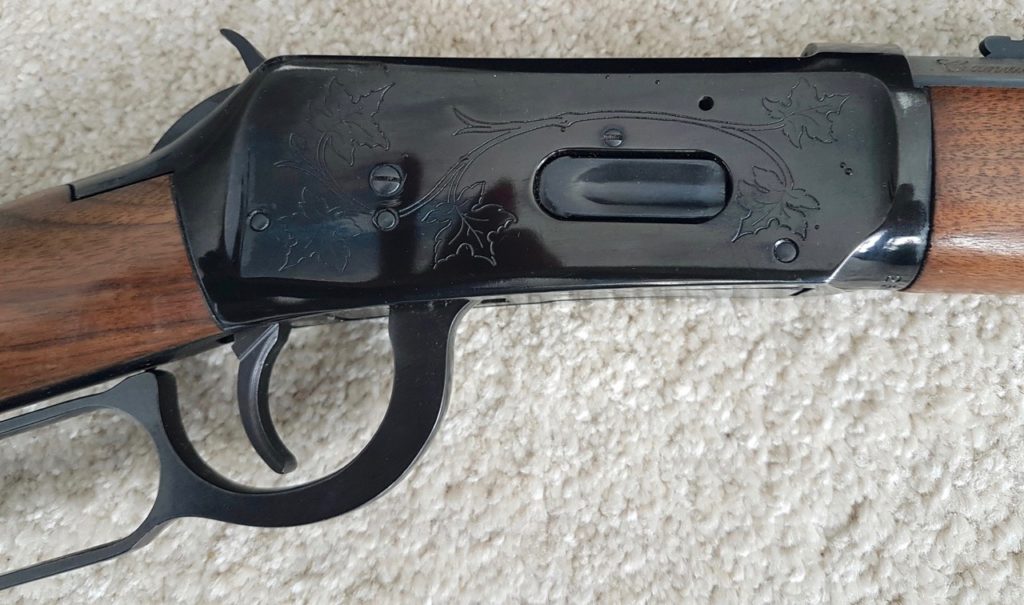 I would like to know the value of this .30-30 Canadian Centennial Winchester rifle (above). It has never been fired, but I’m sure it’s been levered. Since it has not been fired, I would be willing to sell it to a collector. Thank you for any information you can give me.

The Winchester 94 Canadian Centennial was made in both rifle (26-inch barrel) and carbine (20-inch barrel) versions, with a total production of 90,301 units. By collector standards, that is a rather large number; in later years, Winchester began limiting production of such commemoratives to 20,000 units.

To get the best price for any of these commemorative Winchesters, the condition must be as new, complete with the original box and papers. Your photos reveal a bit of finish wear on the receiver—typical of post-1964 Winchester 94s—and one screw head just above the loading port seems to be a bit twisted. This is being nitpicky, but these imperfections matter to serious collectors. You didn’t mention whether you have the box and papers.

If the rifle, box and papers are in mint condition, a Canadian Centennial should bring in around $1,000, perhaps as much as $1,200. Judging by your photos (I have no idea what the left side of the rifle looks like), the value of your rifle would be more in the range of $750 to $800 with the box, or $600 to $650 with no box or a badly damaged one. I know this may seem low considering a new Winchester 94 retails for $1,400 to $1,500, but Canadian Centennials are not particularly scarce. Most have probably been stored away as collectibles, so finding one in excellent to as-new condition is not rare.