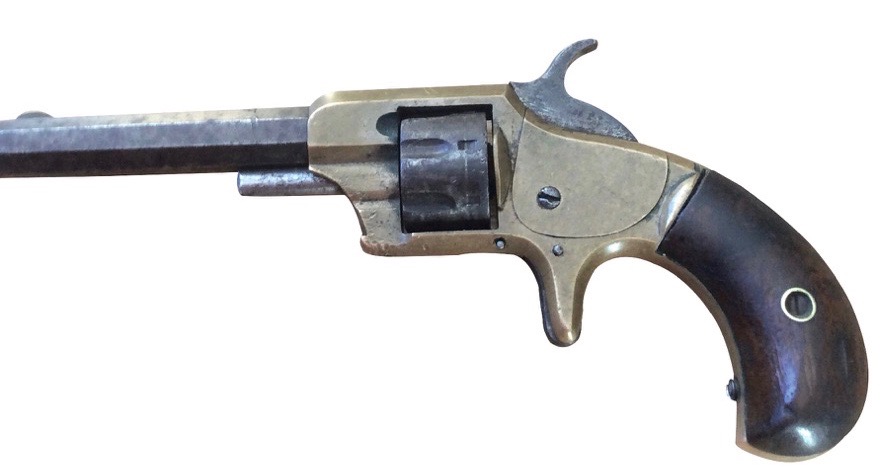 Could you please tell me what year this gun (above) was made, as well as its value and any other information you may have? It is a seven-shot .22 short made by Whitneyville Armory. Thank you for your time.

Whitneyville Armory was founded in Connecticut in 1798 by Eli Whitney Sr. and continued by Eli Whitney Jr. Over roughly a 90-year period, the company made a tremendous variety of muskets, rifles, shotguns and handguns, starting with flintlocks, then moving through the percussion cap era and into fixed ammunition. In 1888, Winchester acquired the company.

This particular gun appears to be a Model 1 revolver made from 1871 to 1879. It was originally priced at $3.50; to put that in perspective, $2.50 was considered a fair daily wage for a skilled worker at the time. It’s an interesting and collectible old firearm, but I can’t help much with determining its value. I’ve seen similar revolvers with asking prices of around $400 on U.S. websites, but that doesn’t help you much.

I don’t know how this model would be legally classified in Canada. If it is classed as a prohibited weapon due to its size, it can only be acquired by a fairly small number of buyers. In that case, it would likely only bring in $100 or so, if it could be sold at all.