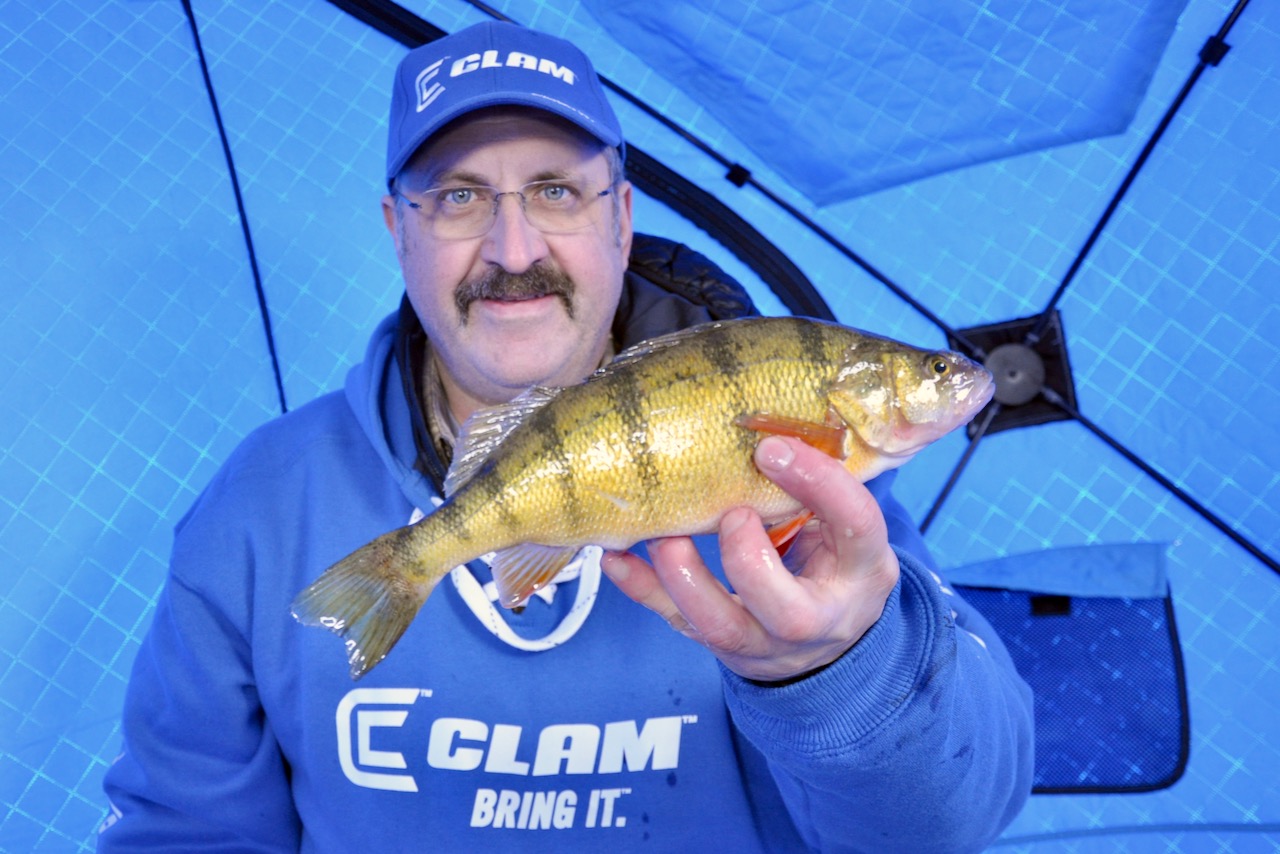 Use a shorter rod in a shelter, since there’s less vertical room for hook-sets
Ice Fishing

For non-stop yellow perch action, you need a mix of both aggressive and finesse winter tactics

Every winter, anglers across Canada head onto the hardwater in search of yellow perch, and most follow one of two schools of thought. Some anglers take an energetic approach, hopping from hole to hole and jigging aggressively. Others prefer to sit tight in one spot and finesse the perch with deadsticked rods and slow presentations. Both of those tactics catch perch, but neither works all of the time, so why limit yourself to using just one? Throughout the course of the season—or even during the course of the day—you can utilize both strategies to bring perch topside.

When deciding whether to hole hop or sit tight, it’s important to understand how perch spend their day. During the midday, they generally slip into deeper water or protective cover, such as weedbeds, submerged timber, rocky areas and the edges of steep drop-offs. That’s to avoid big, hungry predatory fish, such as walleye and pike, that share the same water. Early in the morning and late in the afternoon, meanwhile, perch will move out of those staging areas to feed aggressively on invertebrates and small minnows, typically in shallower water.

While these daily movements are generally predicable, they can also be greatly influenced by changing weather. When a cold front is approaching, for example, perch will often spend more time than usual aggressively searching for food during the middle of the day. Once the front hits, and for an extended period after it moves out, perch will often stage longer in their deeper, protected areas, and cut back on aggressive feeding sessions. The harsher or longer the cold front, the longer the fish will stay inactive.

Intense fishing pressure can have a similar effect—the noise from anglers moving around and drilling holes can spook perch out of both their shallow-water feeding areas and midday staging areas. In some cases, they will move to nearby locations with similar characteristics, and continue their normal patterns. When that happens, the key is to find them before the crowds of other anglers do. In other cases, the fish will completely vacate the area. That’s when it’s time to start searching for perch-holding structure elsewhere on the lake.