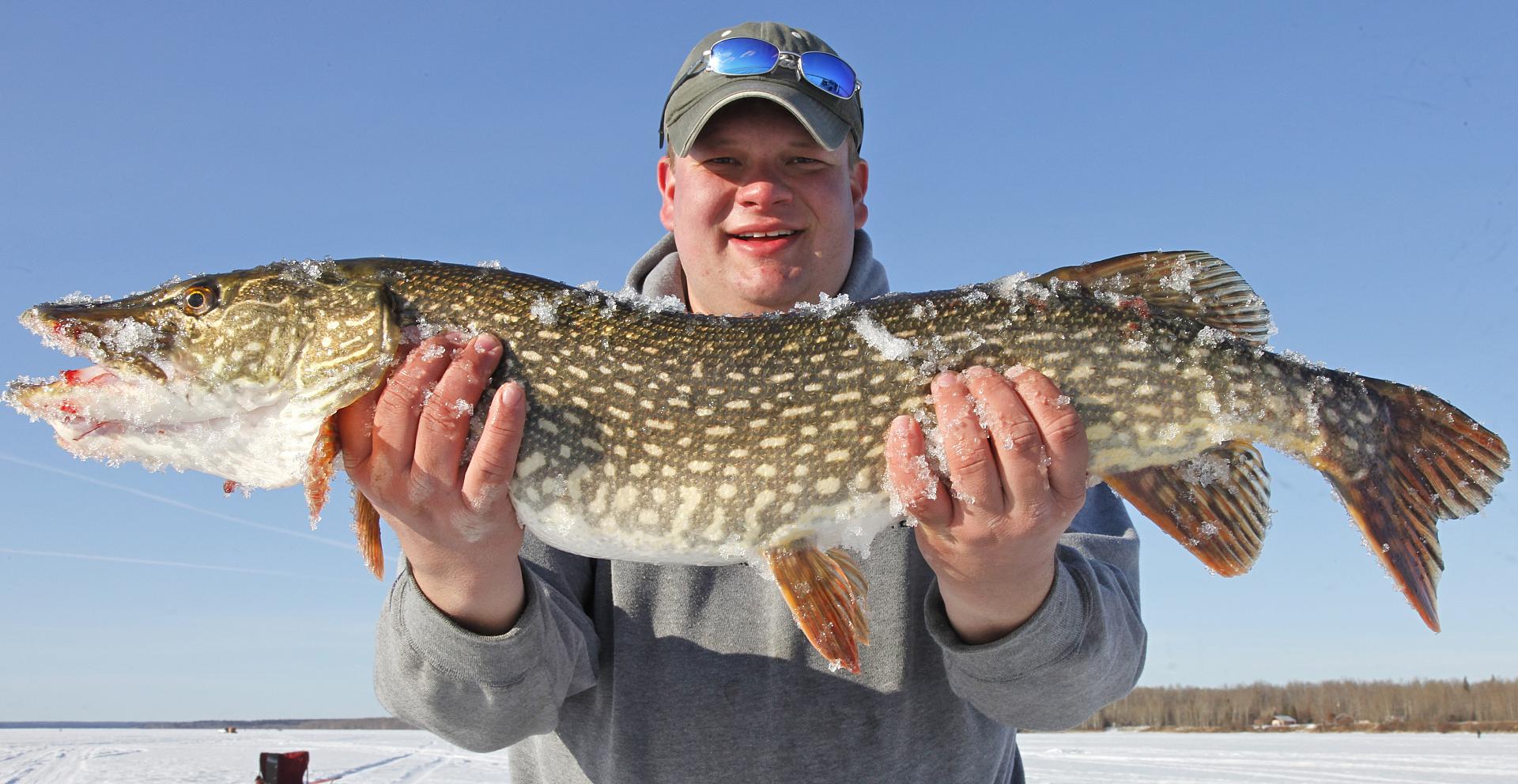 How to catch big hardwater pike all season long

To find and catch trophy northern pike, you must adjust your tactics as the ice season progresses

One of the best times to target big pike is as soon as it’s safe to go out on the ice. Early in the winter, there will still be a lot going on under the new ice to attract them. If you can find the spawning areas for whitefish, for example, you’ll find big pike. The hundreds, if not thousands, of whitefish make for easy hunting for big predator pike. Plus, the stress of the spawn leads to some mortality, so pike will come to clean up the dead whitefish that have settled on the lake bottom.

Depending on the lake, whitefish spawn any time from late November to early January. I fish three lakes with different spawning times, letting me to target big northerns for well over a month. Whitefish spawn in shallow areas with sand and gravel, usually on an east shoreline or a mid-lake hump. On one of my lakes, for example, my fishing buddies and I target a hump approximately a kilometre offshore. Using big herring as bait, we set up a tip-up trapline from the bottom edge of the hump, up the slope and onto the whitefish spawning area.