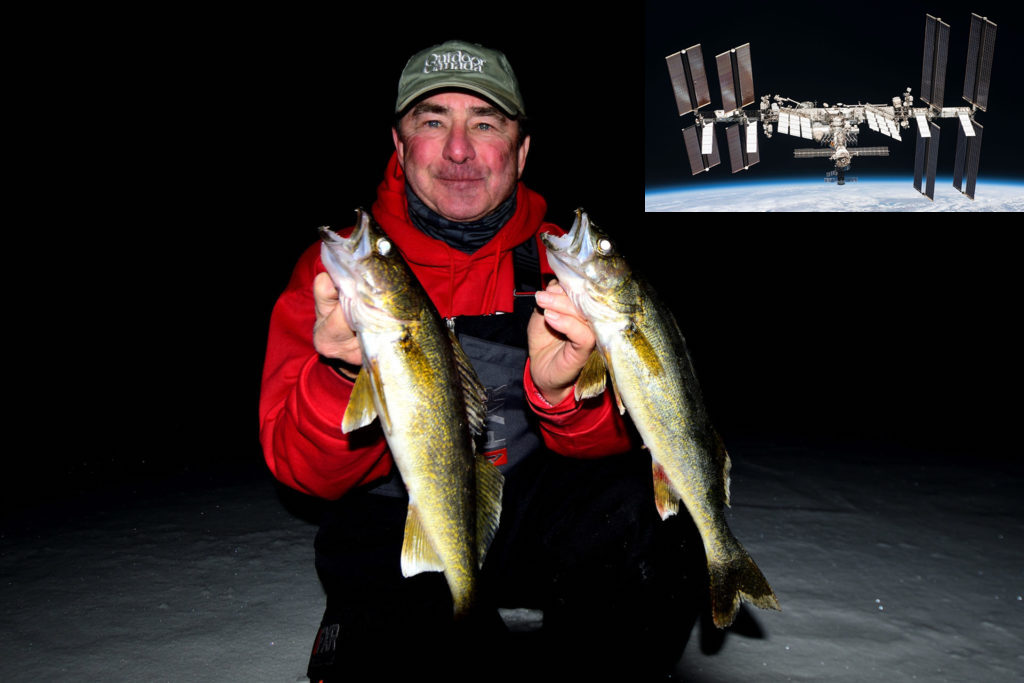 How to get the most from your lithium-ion batteries

Talk about a coincidence. After my last On the Water Online blog about the many benefits ice anglers can achieve, when they replace the sealed lead-acid battery they use to power their electronics with a new lithium-ion one, I read with great interest how the International Space Station did the very same thing this week. For a moment I thought that NASA must be reading OutdoorCanada.ca. But alas, I learned that the Space Station upgrade to lithium-ion batteries began in December 2016, involved 13 astronauts, 14 spacewalks and the Canadarm2. The last phase of the enhancement project was completed only days ago, so now the entire primary power system has been upgraded to lithium-ion technology.

According to NASA: “In its final configuration, the space station now has three lithium-ion batteries for each channel, each with a service life lasting nearly 10 years. With eight channels, 24 lithium-ion batteries on board replaced 48 nickel-hydrogen batteries. The greater energy density of lithium-ion technology reduces the number of needed batteries (and launch vehicles), translating into fewer cargo manifest spots required for the batteries.”

Translated into everyday fishing lingo, I think that means if it is good enough for NASA and its international space agency partners—not to mention the astronauts locked up in space—it’s good enough for we anglers stuck down here on Earth, jigging a lure through a hole in the ice.

But as I was reading NASA’s news release I wondered about some of the things I’ve heard about battery best practises, and whether or not they apply to lithium-ion. So I contacted Craig Storms, who is the National Sales Representative with Dakota Lithium Batteries and sought his advice.

The first thing I wanted to know was whether or not you should attach the charger to your lithium-ion battery and leave it plugged in overnight. With lead acid batteries, for example, there has always been a worry that if you recharge them improperly, for too long in some cases, the batteries will relearn what a full charge is—or isn’t—and potentially deliver much less than ideal power from that point on.  But it is not the case with lithium-ion.

“There is no memory with the LiFePo4 chemistry,” Craig told me. “So you can run down your battery half-way, or any amount that you want, and there is no degradation to the cells. We do recommend that you don’t leave a battery attached to the charger for more than 24 hours, but that’s more for safety related to the charger, than to the battery itself.”

I learned also that the amp rating of your charger tells you how much energy is going into your battery every hour that you have it plugged in, so a 10 amp charger will charge a 54 amp hour battery in 5.4 hours. Also, the appropriate-sized charger should be about one-third of the amp rating of your battery. So, a 3 amp charger is perfect for the 10 amp hour lithium-ion batteries that most ice anglers use to power their electronics.

Like many ice anglers, too, I often slip out for a couple of hours in the morning or afternoon to catch a hot bite and when I return home, my Humminbird Helix 7 is still reading that the battery is providing 100-percent power. Is that really the case?

“Most electronic battery status gauges are not calibrated for lithium,” Storms says. “Some are better than others, but right now, they’re basically playing catch up. Voltage is the key reading, with 14.4 being full and 11.99 being empty.  Most folks already have a voltmeter in a tool chest or lying somewhere around the house, but if they don’t, I always tell ice anglers to pick up a cheap one from any hardware or auto parts store. It will be your best friend until the other markets catch up.”

And what about any other words of wisdom, I asked the lithium-ion battery guru?  “Be mindful of the clips on the chargers and do not let them touch,” he said. “They seem to always want to inadvertently come together. Always attach the clips to your battery first and then plug in the charger.

“Also, respect your battery. You paid premium money for it, so don’t drop it on the ice or ground. And don’t let it slide round and bang into things when you’re towing your ice shelter or sled behind a snowmachine or ATV. There are connections inside the battery that could come loose, no matter how well it is constructed. These batteries like to work—that is, they like to be charged and discharged—so treat them properly and they’ll give you years and years of reliable service.”

NASA will tell you the very same thing.