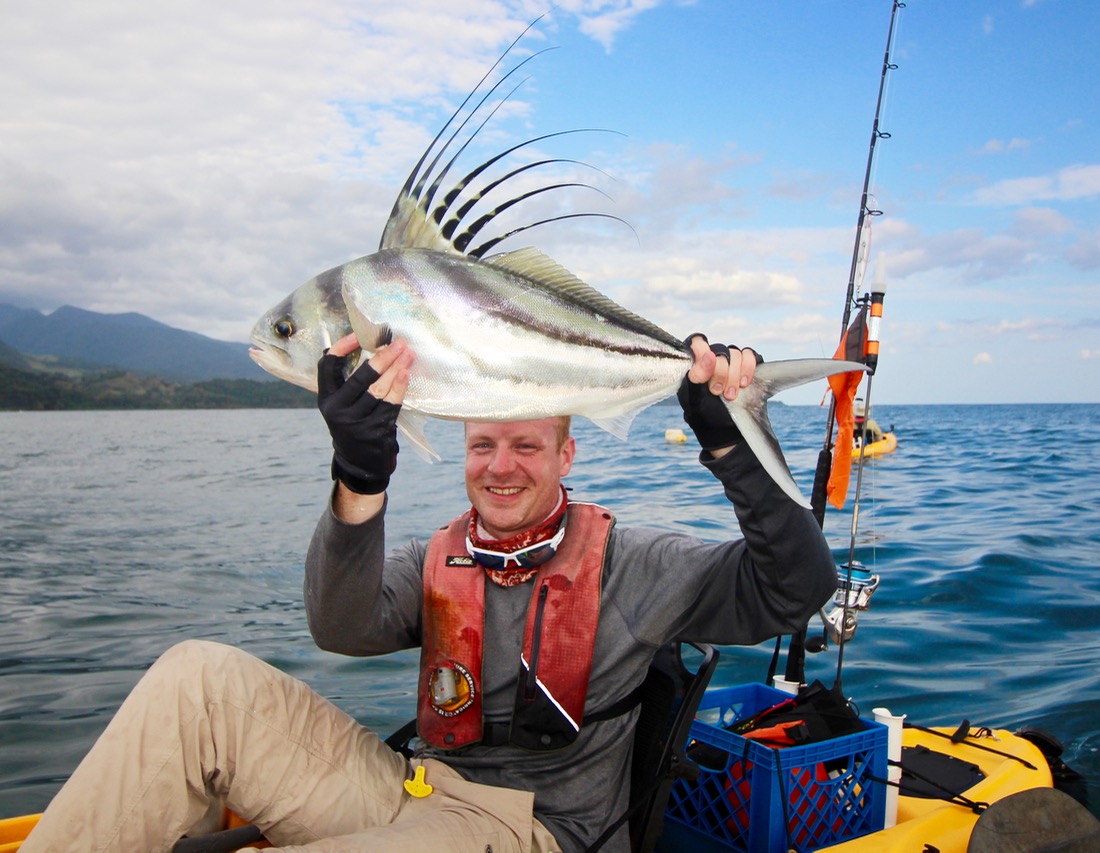 For two more days we cast, jig and troll, catching a dozen different species, including a shimmering, toothy and terrifying six-foot-long needlefish (below) for Bob, and a big cubera for Jaime on a trolled popper. In the final hours of the trip, we return to the same headland we fished on our first morning, five days earlier, but we’re different anglers now.

We’ve been soaked, scraped, bruised and bitten. We’ve taxed our quads and strained our backs. But we’ve also adapted to the heat and exertion, and mastered our kayaks. We now know how to spot baitfish, which means it’s time to throw a popper. We can cast giant lures 80 feet and work them hard, all while keeping an eye out for rogue swells, which can push you onto the rocks. We’ve learned how to brace the rod butt, and conserve energy while reeling up tenacious fish. And now we can land—and safely release—trophy catches from small boats.

As we pedal back to the panga to load up the kayaks for the final time, the only thing we haven’t done is land a trophy roosterfish. Then Jaime, trolling a bonito, lands a beautiful 20-pound rooster, ticking the final box on a remarkable adventure.

If your idea of tropical fishing is sipping a margarita in an air-conditioned cabin cruiser while the crew bait and set your hooks, this is not your trip. The Wild Coast is a place for anglers who like to fish hard, and who relish a challenge. I’ve never learned so much about fishing—and myself—in such a short time. I’ve thought about this adventure almost every day since, and I’ve reached a single, obvious conclusion: to make the most of everything I learned, I have to go back. Soon. 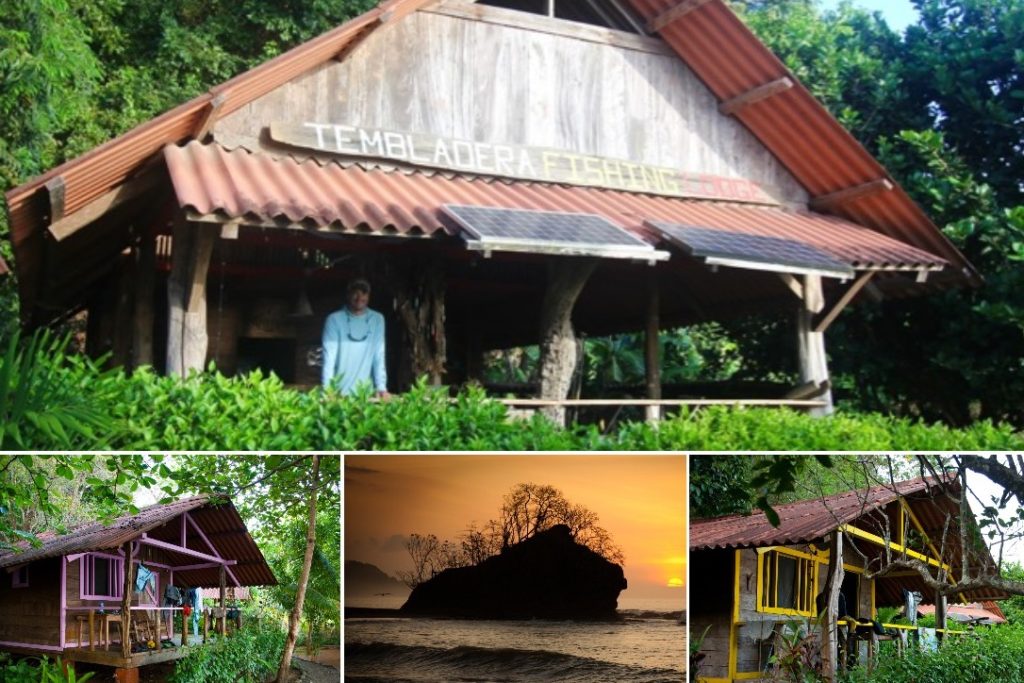 The Panama Kayak Adventure fishing season runs from December to July. They host six guests at a time (and welcome solo anglers), and the rates include five days of guided fishing, land transportation from Panama City, accommodations and all meals, which feature local, fresh and amazingly good food. Today’s Panama is safe, stable and welcoming to Norteamericanos, and most hospitality workers—including everyone at the lodge—speak English. Find out more at www.panamakayakadventure.com.