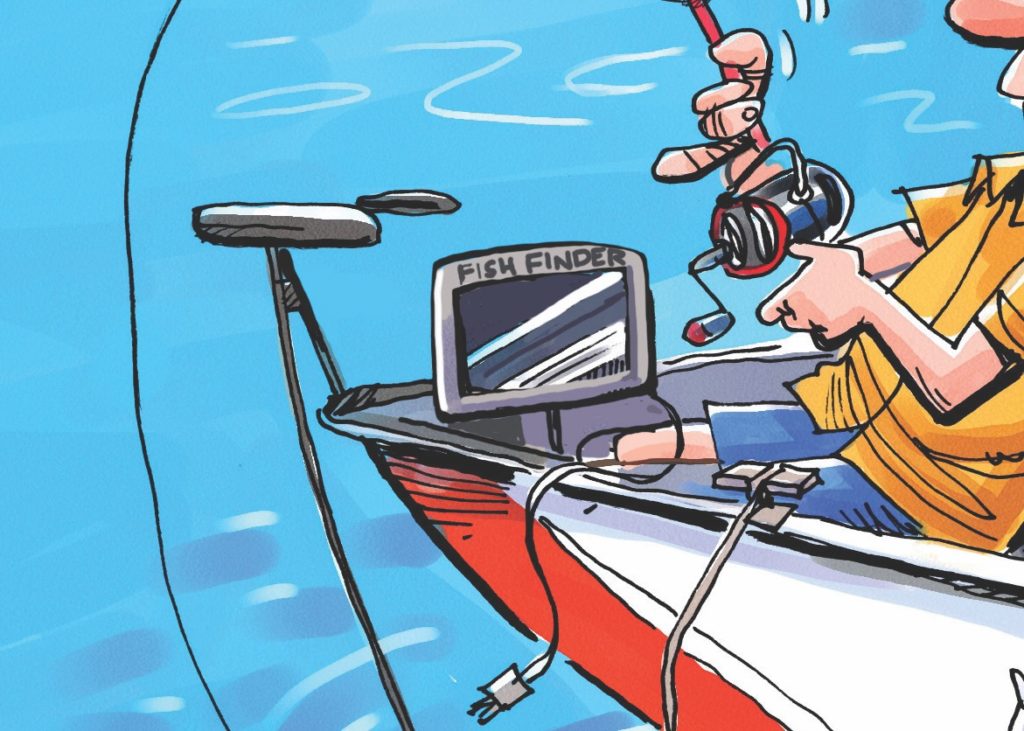 One of the reasons some anglers don’t pay attention to where they’re fishing is that they also ignore their electronics. Well, any airline pilot can tell you that it’s drilled into their heads at flight school to always watch and trust their instruments. Anglers need to do the same, especially since technology has improved so much over the years.

For example, the GPS chartplotters mounted on the consoles and front decks of our boats are more sophisticated than the technology NASA used to land the first astronauts on the moon. With all that’s now available—including traditional 2-D sonar, side imaging, down imaging, Mega imaging, 360 Imaging, CHIRP technology, Spot-Lock and cruise control features—there’s no reason to fish a spot in which you have less than absolute confidence.

Most walleye and bass pros have four units mounted on their boats—all linked via ethernet cable—to display, record and store everything that’s going on under the water. More telling still, those same anglers will not turn off their big motor unless they actually see fish on their screens. Many won’t even stop for what they perceive to only be a small school of medium-sized fish.

Compare that to your electronic habits. Have you even read the operating manual that came with your unit? Do you keep your unit locked on automatic mode? Do you adjust the gain, use customized split-screens, employ the shortcut buttons, code your waypoints or use the zoom feature? I’m not suggesting you need to buy multiple units for your boat, as one moderately priced GPS chartplotter will serve you well. But turn the blasted thing off automatic mode, learn how to use the mind-boggling features and don’t start fishing until you know there are fish around you.