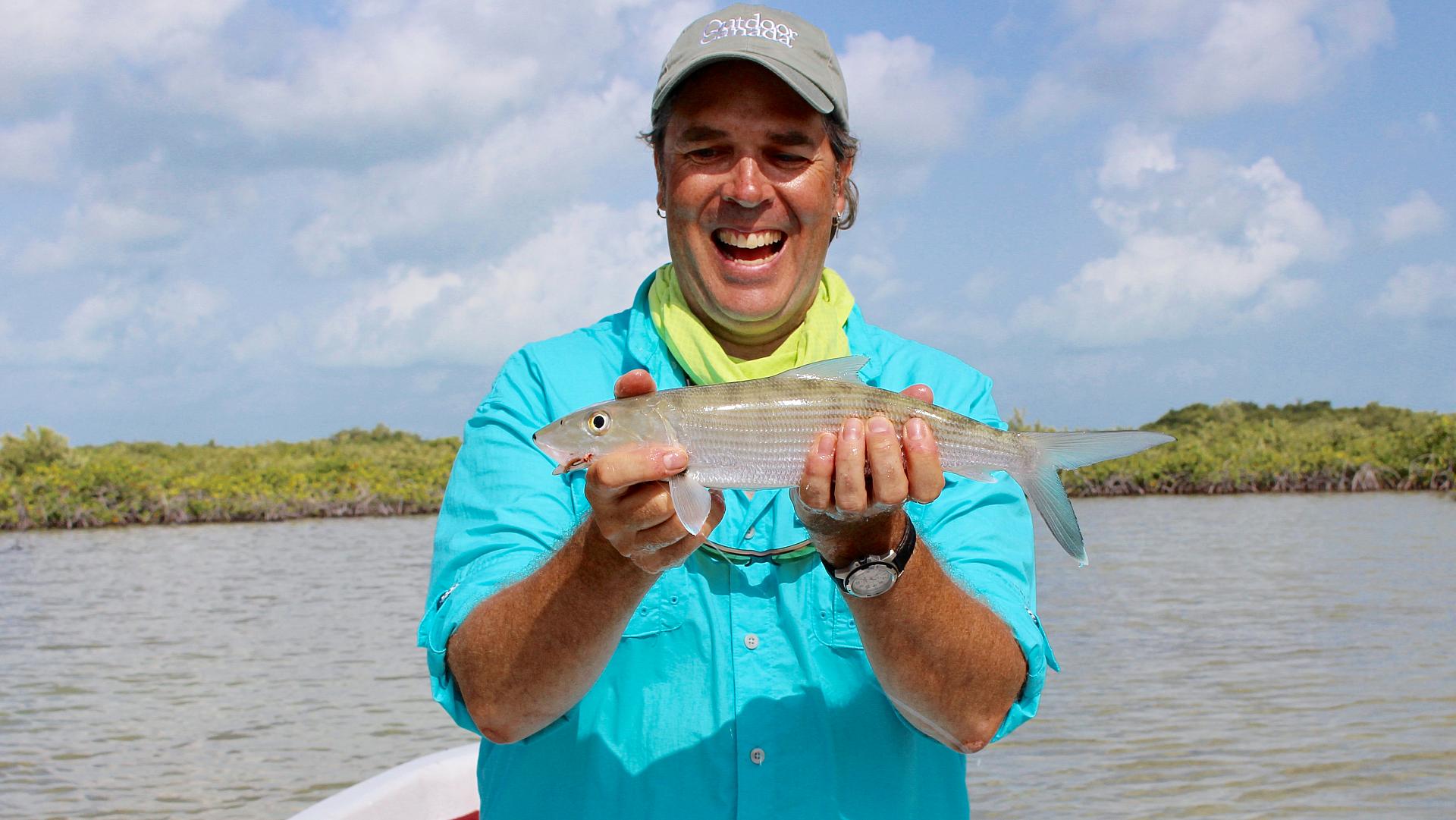 Do you dream of fighting the fabled bonefish on the fly? In the tropical paradise of Mexico's Yucatán Peninsula, it’s easier than you might think. 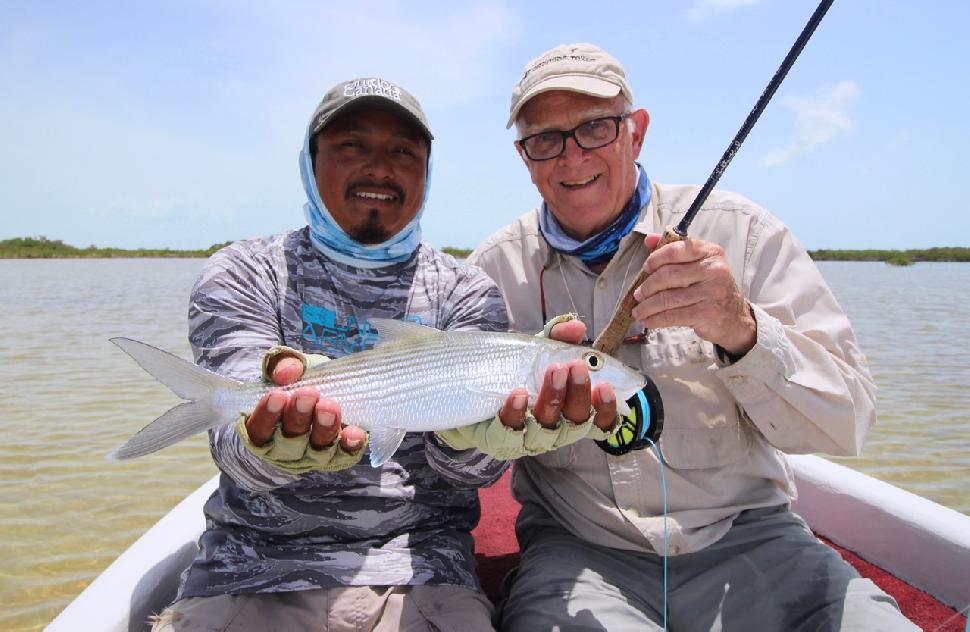 It’s often said trout only live in beautiful places. The same is true of bonefish—assuming you appreciate a tropical paradise. The bonefish’s range begins off the Florida coast, runs south to the Bahamas and Cuba, and east to Central America and Mexico’s Yucatán Peninsula. The bonefish of Florida and the eastern Caribbean are the biggest, but often more pressured. On the western side, bonefish average half the size, but they’re generally considered easier to catch. Going to Mexico for my first bonefish trip was my friend Phil Shook’s idea. Since Phil (above right, with guide Alejandro Batun) recently penned Flyfisher’s Guide to Mexico, I took his advice. In fact, we went on this adventure together, and Xcalak (pronounced Shh-ka-lack) and the Costa Maya region proved to be a perfect choice (more about Xcalak travel and accommodations on the final page).