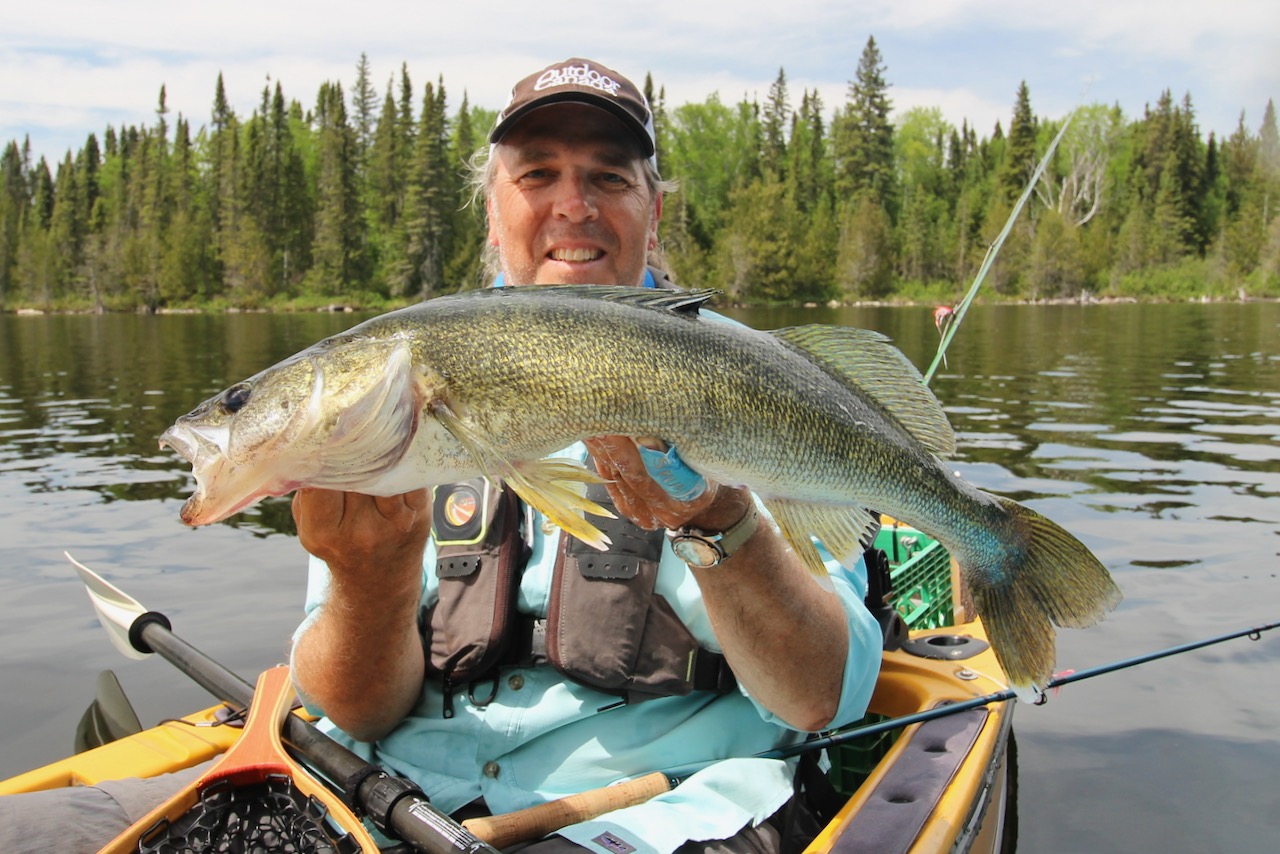 “Painful Point” is my own private name for the spot in North Basin where it happened. I wasn’t there, but I should have been. Instead, I was pursuing dinner walleye at “Farthest Reef.” Wes was on his way a few hundred metres behind me, just out of sight behind a point. He was trolling a deep-diving gold crankbait when his rod jumped in the holder. He reached for it, thinking he was snagged. Then the snag started to tow him.

Wes is famously even-tempered. When he played football, his nickname was Iceman. But when he realized he was connected to the largest pike he’d ever seen—by a 10- to 15-pound margin—he freely admits he came a little unglued. “All my tackle felt wrong. Everything was shaking and creaking,” he said just a few minutes after the encounter, still a little shaken.

The most disturbing part, Wes said, was when the fish went under him, and he could see the pike’s huge head on one side of his kayak and the tail on the other.

“I looked into its puppy-eating mouth, and just froze.”

It then occurred to me, with horror, that in all our time on the water, we only ever focussed on hooking fish. And while Wes had caught a lots of smaller specimens, I’d never shared any tips on dealing with a huge, thickly muscled pike bristling with teeth. Understandably, he made every rookie mistake, cranking down his drag, horsing the fish and, finally, letting slack into the line. Though he was disappointed to lose the trophy pike, Wes was almost equally relieved to emerge uncapsized and with all his fingers

I, however, was stricken. I wanted Wes to land that pike so badly I could almost smell its distinctive odour on my hands. For months, whenever I thought about that fish, I shuddered. My stomach muscles would involuntarily contract as I imagined the what-ifs and could-have-beens. In December, when Wes’ wife asked me to suggest a Christmas gift for him, I said: “A big-ass landing net.”

Wes, typically, took it all in stride—at least once his blood pressure came back to normal. He hasn’t been a fisherman long but, like Don, he’s a natural raconteur. It only took Wes about 90 minutes to realize that the next best thing to landing a trophy fish, is having a great one-that-got-away story.

Don, on the other hand, is still a little reluctant to talk about his Magical Hour. It was such an over-the-top fishing experience that he thinks, perhaps rightly, people will assume he’s exaggerating. But not Wes and I. From the moment Don related his tale, sitting in the late-afternoon sun in front of our cabin, we believed him. Because we also spent a week on Bulldozer. So we’ve also seen, firsthand, the kind of fishing you can experience when you come up with a wild idea like flying kayaks into a backcountry lake. 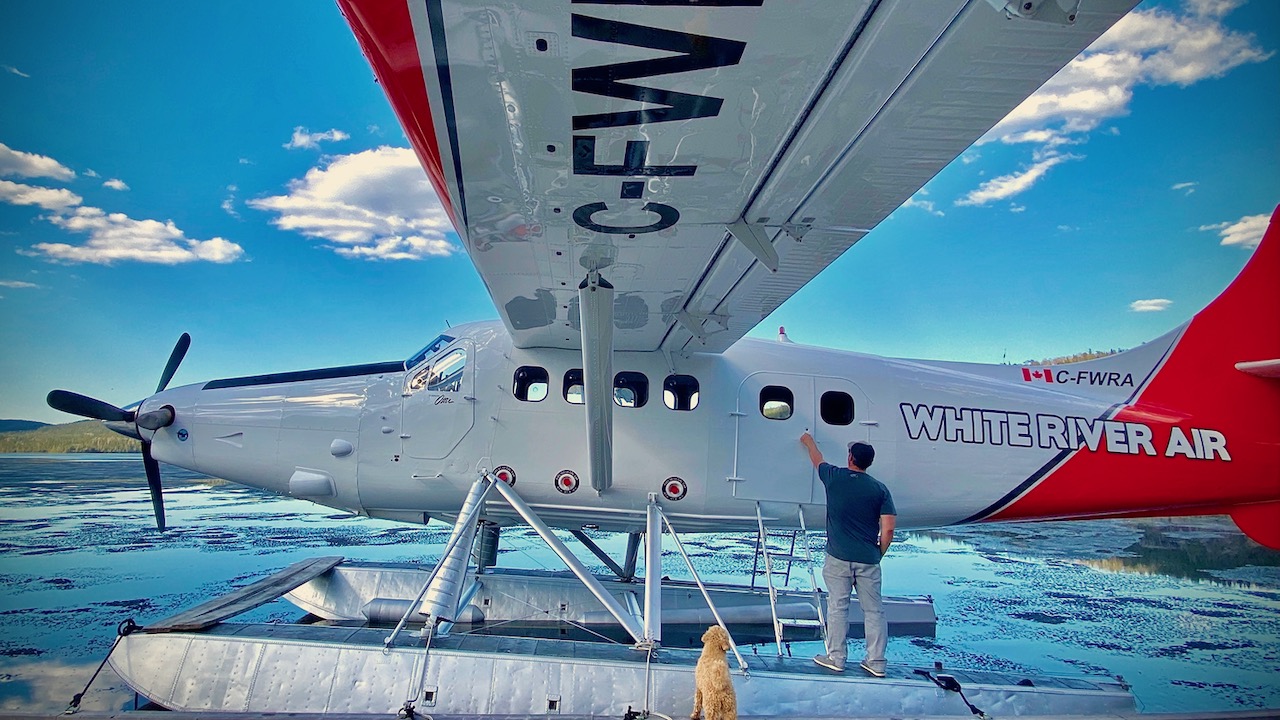 White River Air has been flying anglers and hunters around northern Ontario since the 1950s. They offer deluxe outposts on 15 backcountry lakes, with fishing for walleye, northern pike, lake trout and brook trout. Their airbase is located just off the Trans-Canada Highway, about a day’s drive from Winnipeg, Ottawa or Toronto, and three hours from the U.S. border at Sault Ste. Marie.