Tackle trout across the land with these spoons, spinners, jigs and plugs 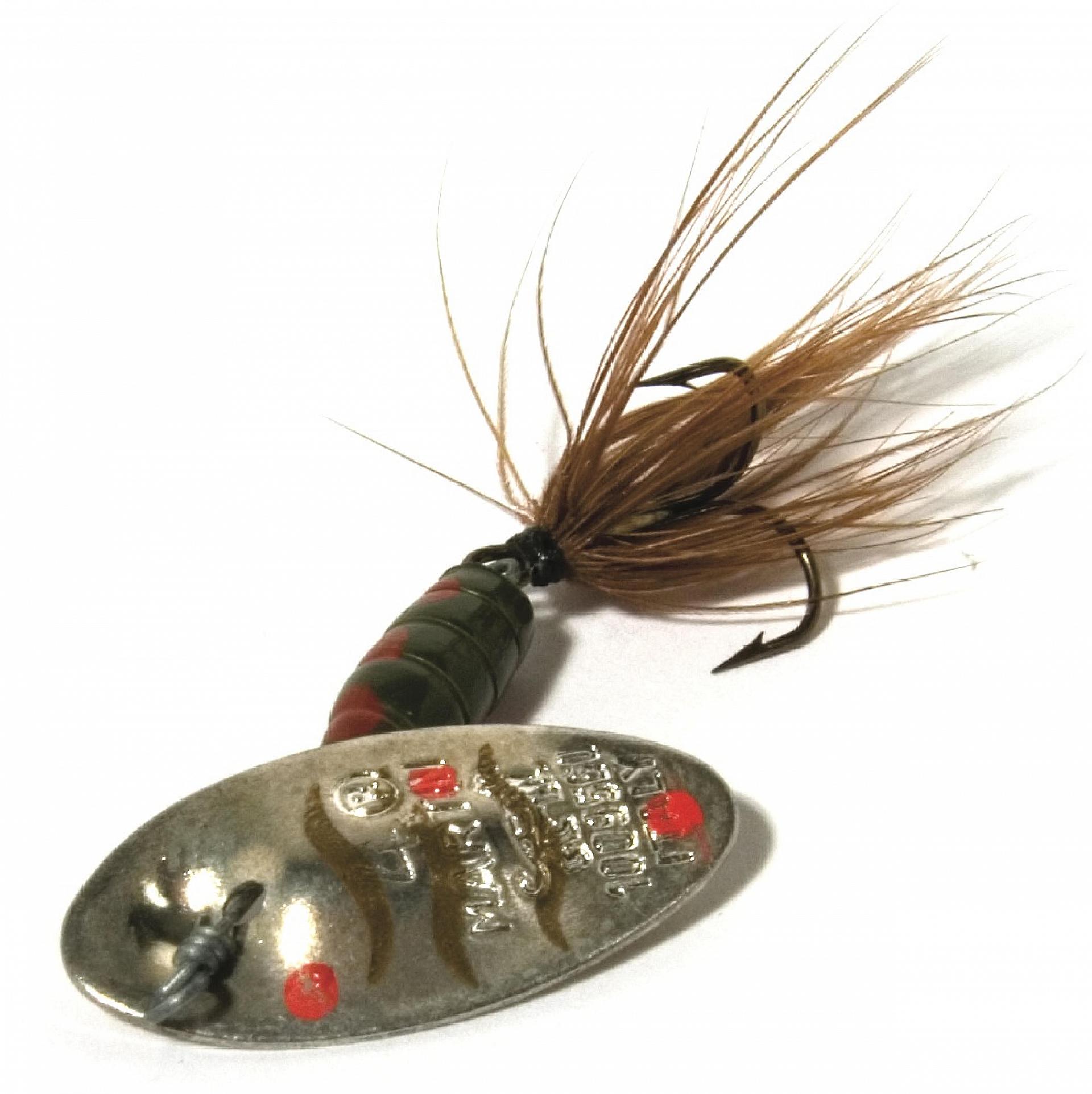 It might be hard to imagine that a lure as small and unobtrusive as the Panther Martin can be such a reliable producer of trout—including big trout—but history doesn’t lie. The in-line spinner’s unique through-the-blade shaft ensures a consistent spin at nearly any speed, and its relatively large blade gives it plenty of fish-attracting “thump.” Many anglers think of the Panther Martin as a stream lure, but it’s hefty for its size, meaning it can be cast effectively on lakes and even trolled. Available in dressed and plain models, the go-to versions for trout anglers sport the black body with yellow spots and gold blade, and the yellow-and-red body with a silver blade.

Where: Streams, small rivers and lakes, and ponds

When: Throughout the open-water season, effective in stained or clear waters

How: Cast across moving water, allowing the spinner to swing with the current, then retrieve at a consistent speed. Cast and retrieve or troll slowly on ponds and lakes