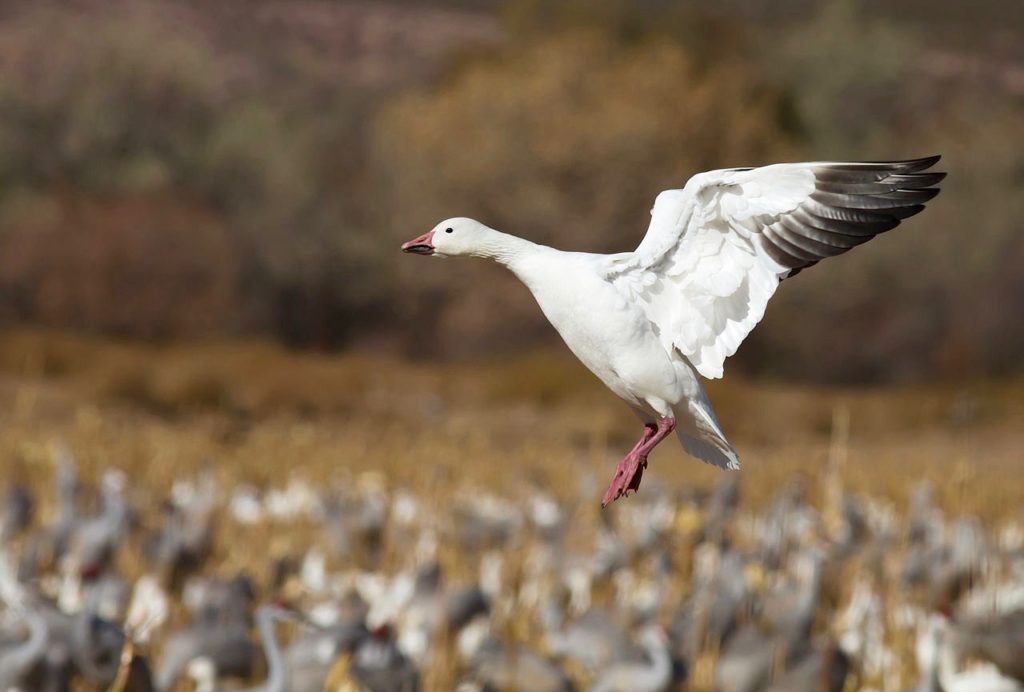 For years, waterfowlers largely ignored snow geese. While a handful of hunters considered them to be the ultimate challenge, for most they represented an exercise in frustration. The phrase “wild goose chase” just may have been coined by snow goose hunters after another fruitless foray in pursuit of these cautious, hesitant birds. All that started to change in 1968, however, when Fred Cooke began studying snow and blue geese on a remote shore of Hudson Bay. At the time, he estimated there were 2,000 nesting pairs of snows in the vicinity; by 1993, that number had skyrocketed to 40,000.

Taking note of the immense increases there and at other known nesting grounds, biologists sounded the alarm. If the population growth wasn’t stemmed, they realized, the stress on the fragile tundra ecosystems could be disastrous. The antidote was simple—the annual harvest of snow geese had to increase. Soon, new regulations emerged, including liberalized limits, the introduction of spring seasons and the use of electronic calls.

The best locations stretch from eastern Alberta through to western Manitoba

Hunters were quick to respond, but the challenge of successfully hunting snow geese hadn’t disappeared. In fact, the swelling number of birds just meant there were many more prying eyes to fool. These days, however, increasing numbers of hunters are gearing up to specifically target snows. And the best locations to find large concentrations of the birds stretch from eastern Alberta through to western Manitoba.

To enjoy consistent success hunting snow geese, you need lots of decoys and some specialized equipment. A modern snow goose hunt is like a carnival—the blaring sounds of the electronic calls and the constant whirring of the motion decoys make it anything but sedate. But what a snow goose hunt make lack in refinement, it more than makes up for in old-fashioned fun—just what hunting is supposed to be.