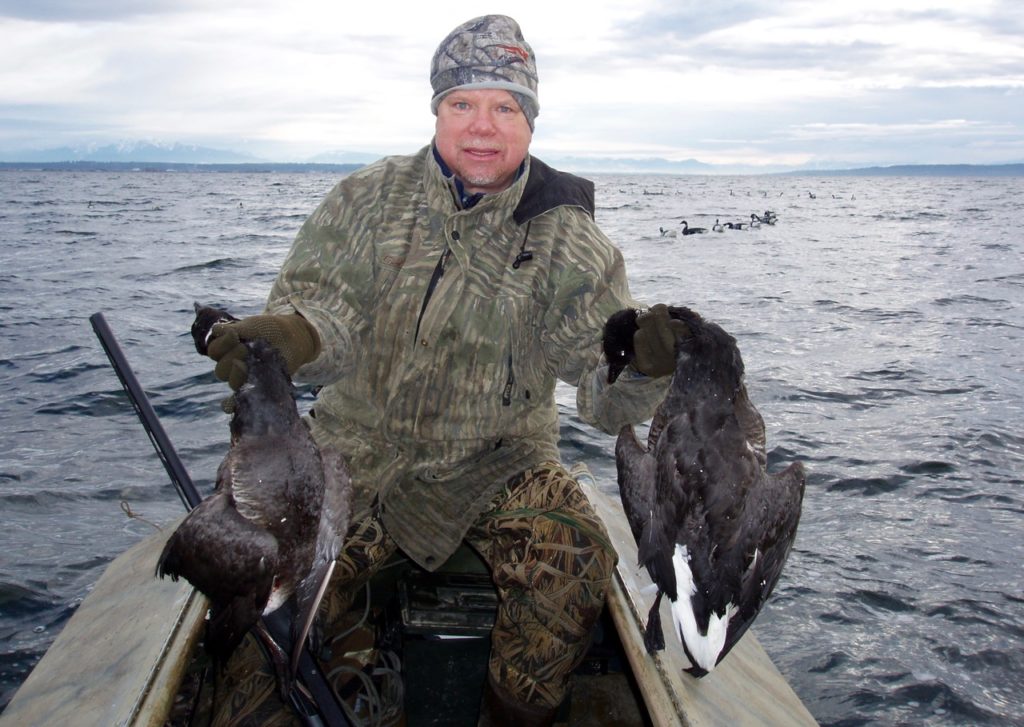 The word “cult” perfectly describes the fanatical, hard-core and slightly crazy few who hunt black brant. Also known as the Pacific brant, this small, Arctic-nesting goose winters along the Pacific coast, from Vancouver Island south to the Baja Peninsula. For those willing to brave the swells, a 10-day brant season begins March 1 along B.C.’s Lower Mainland, all within sight of downtown Vancouver.

Hunting on the salt chuck demands the highest level of preparedness, and there’s only a small corps of hunters willing to meet the challenges. The brant hunting community stays in regular contact throughout the 10-day season, discussing bird movements, prevailing winds, tides and plans for each day’s hunt. It’s an interesting dynamic, with none of the competitiveness that often creeps into other hunting cultures. I suspect that’s because of the underlying unity around safety. Plus, it’s no secret where to find the birds, and there are only limited places to launch.

Brant hunting is a real hit-and-miss affair—getting skunked is more the rule than the exception. Even the most seasoned brant hunters celebrate the days when they take birds. Not that you won’t typically see the telltale straight lines of trading brant low over the water, barely discernible through the thick, grey skies. But getting them to swing into your decoys is a whole other matter. I’ve hunted brant only once, and I managed to shoot a single bird. Yet for all the time and effort I invested, that single bird arguably represents my most rewarding waterfowling achievement to date.