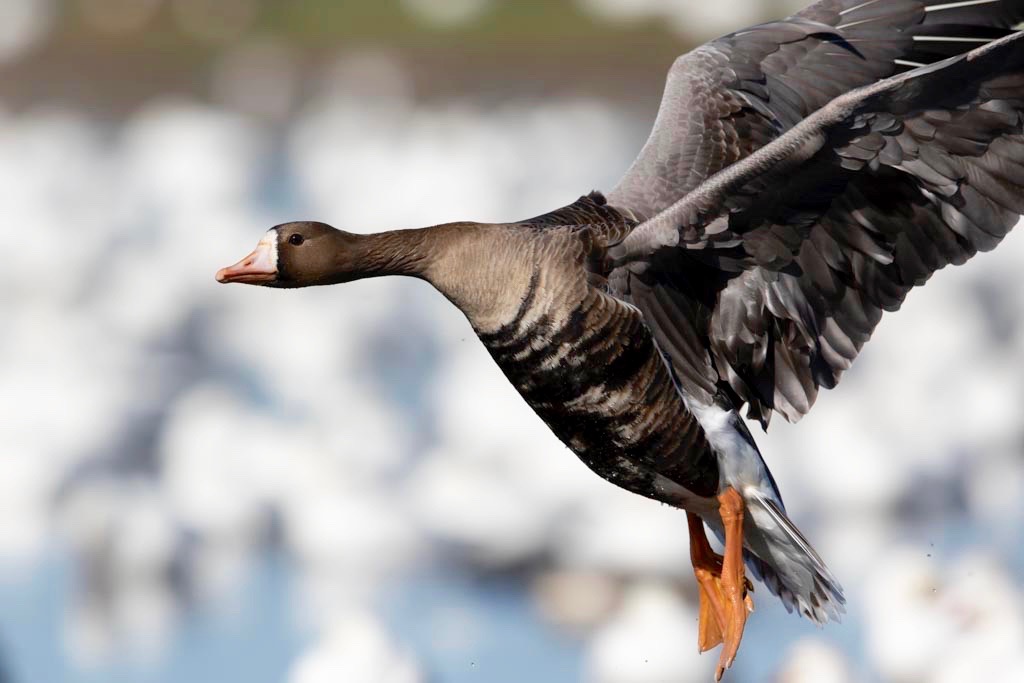 If we give Alberta the nod for the best mallard hunting, we have to award the goose crown to Saskatchewan. It’s here that geese converge on their annual southern migration from their western Arctic nesting grounds. Whether it’s Canada, Ross’s, snow or white-fronted geese, you can have your pick in Saskatchewan. Or don’t bother choosing at all, because this is one of the few places where it’s possible to take all four species in a single day.

The top regions feature the greatest abundance of large staging wetlands. The best known is the Quill Lakes area, southeast of Saskatoon. Equally attractive to migrating geese are Lake Diefenbaker, a damned section of the South Saskatchewan River, and Last Mountain Lake, a 97-kilometre-long natural prairie lake. Large numbers of Canada geese are found wherever there are grain fields, as are snow and Ross’s geese. Hunters seeking white-fronted geese should focus more on the western half of the province.

The hunting formula is pretty simple—follow geese in the morning or evening as they leave their night roost to wherever they’re feeding, then seek permission to hunt the property. Local grain farmers look to hunters to help protect their crops during the fall harvest, so permission is seldom denied. Plus, there are relatively few hunters afield compared to most other places. That combined with the vast number of birds makes for outstanding gunning opportunities, setting Saskatchewan apart from the rest.