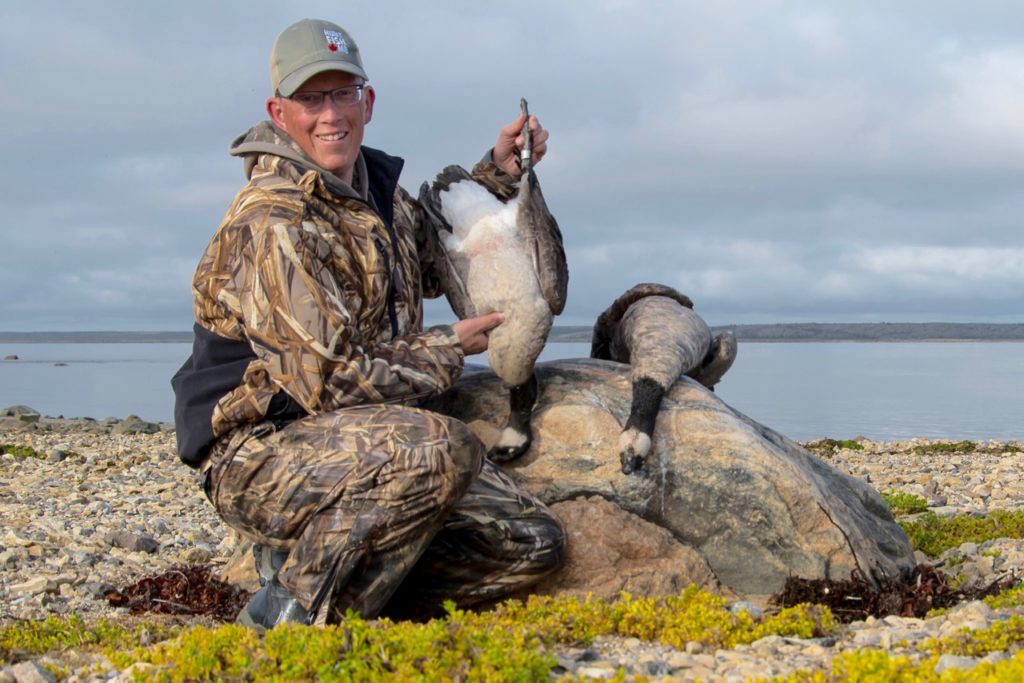 Sometimes, it’s the species of waterfowl that attracts you. Other times, it’s the sheer abundance of birds. With this hunt in the Hudson Bay Lowlands, however, it’s the location that also puts it on my list of outstanding Canadian waterfowling adventures. There, tens of thousands of geese funnel through every September on their annual migration from their High Arctic nesting grounds.

Collecting birds from across both the eastern and central Arctic, the region can best be described as one vast wetland complex. Running parallel to the Hudson Bay coastline, it extends from western Quebec to eastern Manitoba. Naïve Ross’s, snow and Canada geese accumulate there in the early stages of their southbound trek, with countless skeins of birds trading on the winds daily. Several different subspecies of Canada geese also pass through, from giant Canadas to the tiny Richardson’s, one of the smaller of the recognized subspecies. This is goose country like no other.

With countless skeins of birds trading on the winds, this is goose country like no other

Again, it’s not just the geese that make this such an interesting hunt. The region is also a prime staging area for polar bears waiting for the sea ice to form so they can head out to hunt seals. It’s not unheard of to run into a bear when retrieving a goose that’s fallen into the dense shrubland, so you have to keep your wits about you. During my three days of hunting in northern Manitoba’s Hudson Bay Lowlands, in fact, I saw nearly 50 of the great white bears while choppering around. What a bonus.