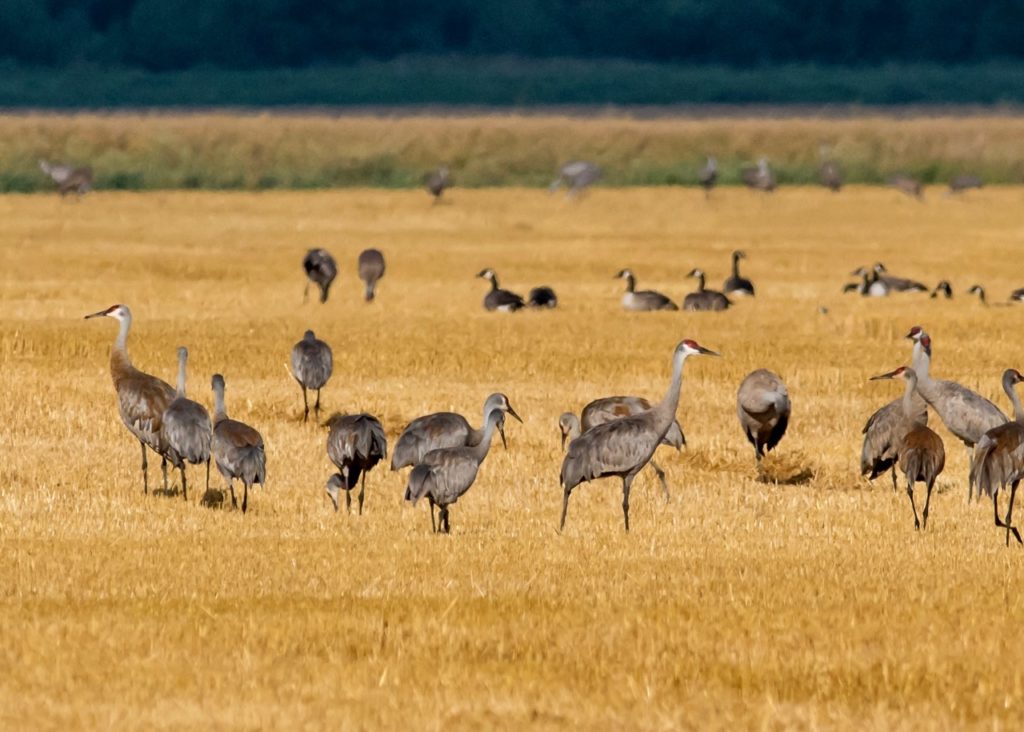 Often overlooked, sandhill cranes offer an exciting and challenging hunt, and their meat is nothing short of fantastic, hence the well-earned moniker “ribeye of the sky.” Unfortunately for those who live elsewhere, the only provinces that currently offer crane hunting are Manitoba and Saskatchewan. Popular areas in Manitoba include the Interlake Region, and the Shoal Lake area in the southwest. In Saskatchewan, hunters prefer the Last Mountain Lake, Quill Lakes and Foam Lake areas.

Believed to be one of the oldest existing bird species at 2.5 million years, sandhills are ungainly in appearance, with long legs, necks and bills. When shot on the wing, their lanky bodies have been described as falling out of the sky like “busted lawn chairs.” But what sandhills lack in gracefulness, they more than make up for in challenge. They can be frustrating to decoy, and equally difficult to anchor owing to their outlandish physical characteristics—hunters often shoot before the birds have closed to within effective range.

Like geese, sandhills roost on large bodies of water, making return trips every morning and evening to nearby grain fields to feed. When they don’t have far to travel, they generally fly quite low. Hunters can take advantage of this tendency by setting up under the flight path along fencelines, hedgerows and treelines, or behind hay bales, to pass shoot. The trick is to remain well concealed, as cranes will instantly alter their course at the first hint of anything suspicious.

Decoying cranes offers the most excitement, but it demands a lot of attention to detail. These birds see exceptionally well, so blinds must all but disappear into the background. Full-bodied crane decoys are a necessity to ensure the birds commit, though two to three dozen are typically more than enough. Unlike ducks and geese, cranes will avoid your decoys if they see a downed bird on the ground, so you must immediately retrieve your kills.