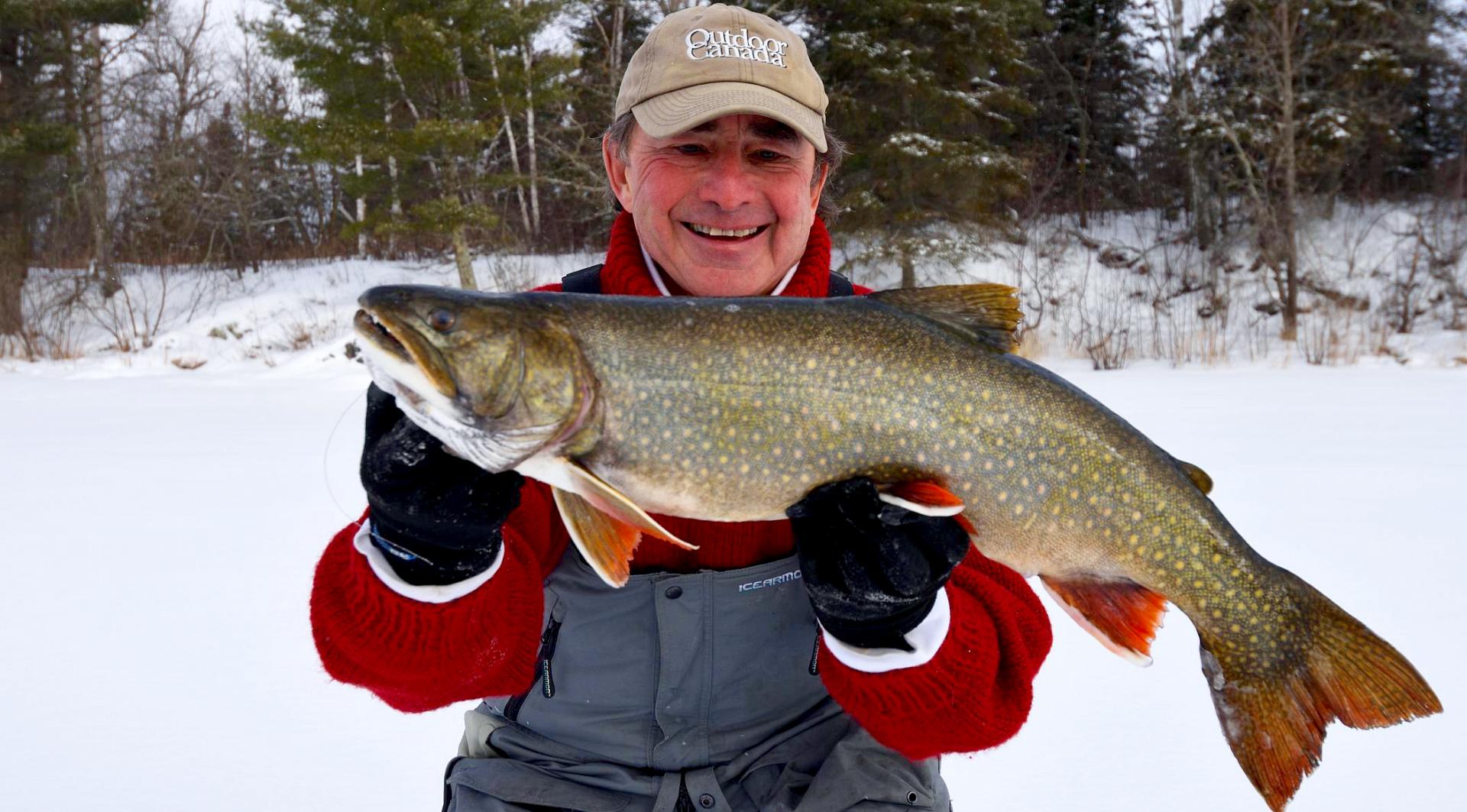 How to pick the right ice-fishing rod for every situation

How to pick the right rod this winter

Make sure your rod is tough enough for the job

Remember the scene from the movie, The Untouchables, where Sean Connery is playing Treasury Agent, Jim Malone and he is confronted in his home by one of Al Capone’s switchblade-wielding gangsters? Malone turns around gripping a sawed off shotgun and says to the thug: “Isn’t that just like a (expletive). Brings a knife to a gunfight”

Well, truth be told, that is what so many of us do when we go ice fishing. We jig with rods that are much too flimsy and weak and for this reason, come Monday morning, we hear so many tales of woe about the big ones that got away on the weekend.

It is puzzling, too, because in the open water season, most of us have half a dozen or more rods rigged and ready to go, lying on the deck of the boat. Some are light, others medium and still others have heavy action, so we can pick our weapon carefully, depending on the cover and the size of the fish.

Yet when winter arrives, we often use the same rod, reel and line for everything from yellow perch, black crappies and bluegills, to walleyes, lake trout and northern pike. But if it doesn’t work this way in the open water season, it certainly doesn’t work in the winter. 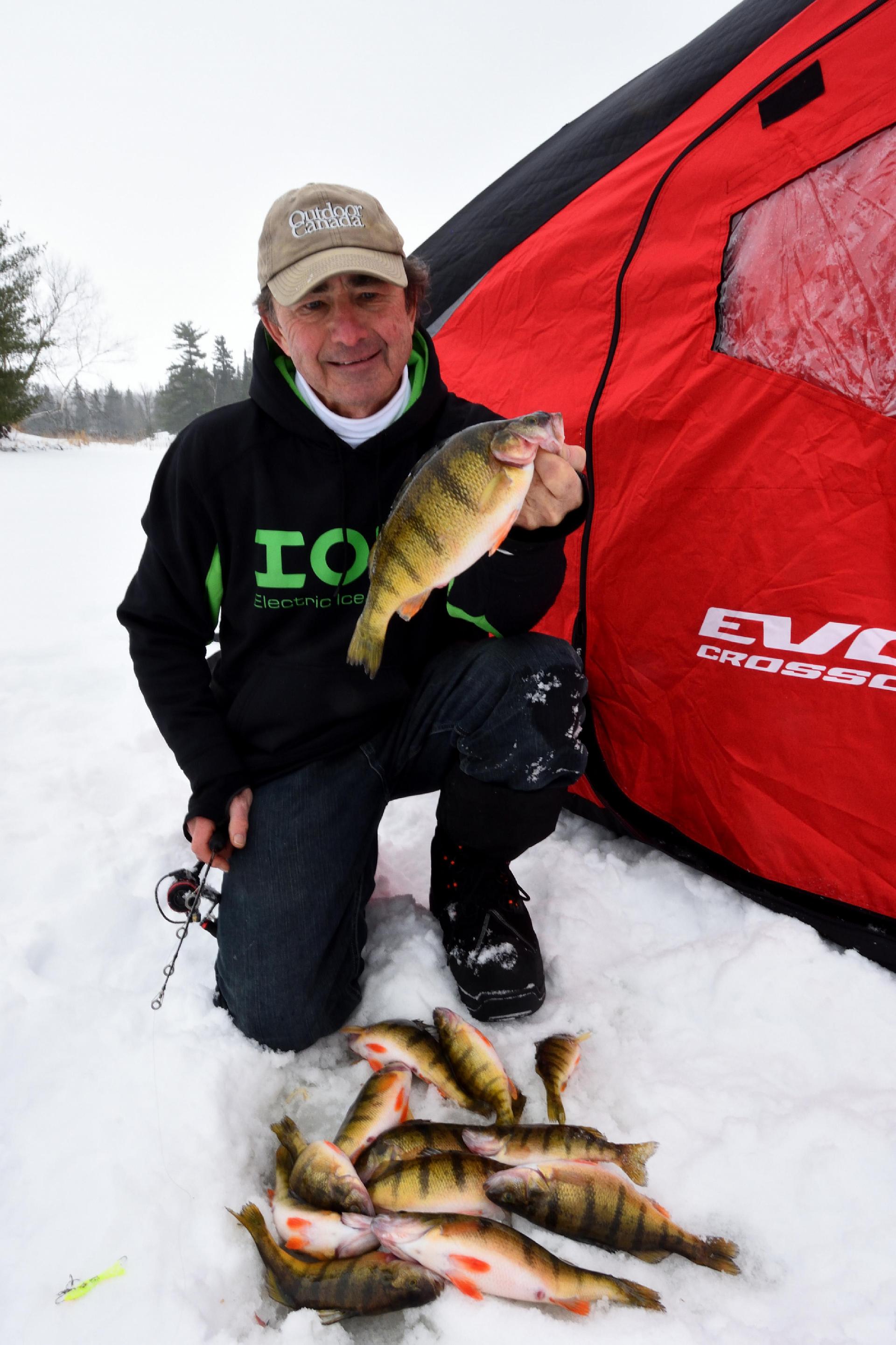 As a matter of fact, I probably use heavier-action rods when I’m ice fishing than I do in the open-water season. Even when I’m ice fishing for crappies and perch, I’ll often use a medium-light- or medium-action rod, with a spring bobber attached to the tip. It is the best of all possible worlds, as the lithe titanium noodle bends effortlessly when a crappie so much as breathes against it, yet I can still set the hook with authority.

And I rely almost exclusively on heavy-action ice rods for  lake trout and northern pike , and even for much of my walleye fishing. Matter of fact, like many anglers of my vintage, I grew up using one-foot-long, two-inch wide pieces of plywood, with smooth, half-moon grooves carefully cut out of each end. Controlling the depth you were fishing was easy, because each loop represented one foot and hook sets were effortless. Honestly, I can’t ever remember losing a fish on the strike.

The trouble with these “rods,” of course, was that you had difficulty controlling an especially big fish when it decided to take off and run. Like palming a mooching reel, you had to drop the stick and let it rotate and flop in the snow while you kept tension on the line running through your fingers.

Indeed, I’ll never forget setting into the biggest lake trout I’ve ever hooked. A fish clearly in the high 30-, maybe even 40-pound range. (By the way, my buddy had landed a 34-pounder a couple of days earlier, and this one was much bigger). I drove the hook home and the fish pulled my rod and hand into the hole so fast I couldn’t do anything. As it stretched the 20-pound test monofilament to the breaking point and I fumbled to get control of the rod, the massive trout popped the line so loudly it sounded like a .22 rifle being fired.

That doesn’t happen anymore, thanks to the plethora of quality ice rods that are available. Just don’t sacrifice hook-setting power for fish control.

As a matter of fact, I was chatting with buddy Justin Girard recently about catching hefty Lake Simcoe whitefish, and Justin mentioned that he, too, is using much stiffer rods these days, ever since his father-in-law, who still prefers the hand sticks I mentioned earlier, smoked him so badly.

So tuck these words of wisdom up your sleeve this winter and don’t take a knife to a gunfight.