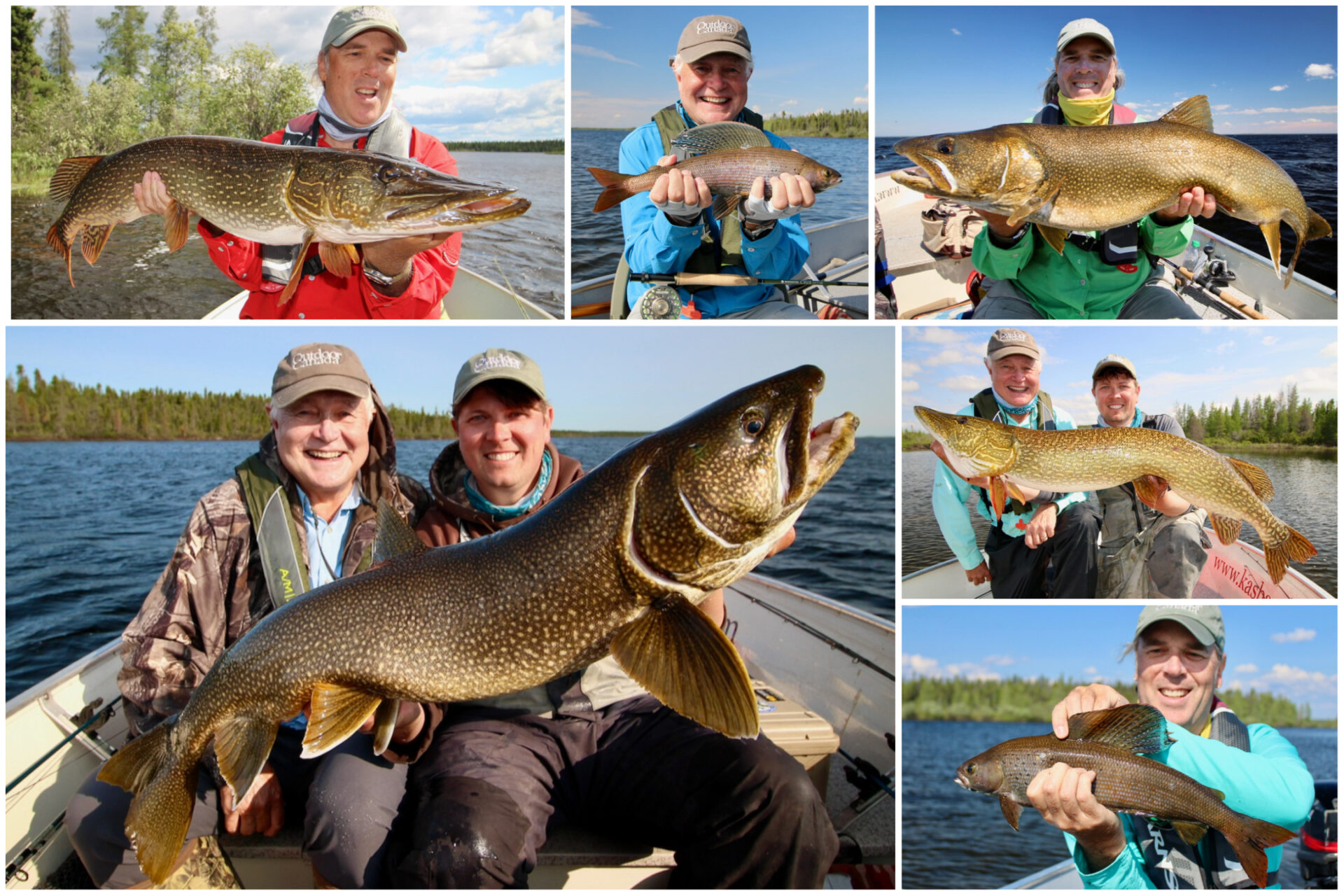 Anglers heading north of 60 into Canada’s immense and unspoiled Northwest Territories, are often hoping to catch three iconic species: lake trout, northern pike and Arctic grayling. There’s nowhere in the world better to do it. Northern Canada has more lakers, pike and grayling—and more big ones—than anywhere else on the planet.

Of course, the Northwest Territories also covers over 1.3 million square-kilometres, most of it uninhabited wilderness, so there’s a lot of room for those fish, and a lot of places to cast a line. What’s rare is finding a single destination in that vast region boasting all three species in trophy sizes.

That’s part of what makes Kasba Lake, nestled in the southeast corner of the NWT, so special. This huge, virtually untouched body of water, along with the Kazan River flowing out of its northern end, offers a chance at the triple crown of northern fishing: a 20-pound lake trout, a 40-inch pike and a two-pound grayling.

In fact, I recently completed the Kasba triple crown, just three days into a six-day trip. And it’s not (entirely) because I’m some kind of angling savant. My long-time northern fishing partner Lynn Henning, a sportswriter for the Detroit News, also tripled, as did a number of other anglers during our stay at Kasba Lake Lodge.

I was originally supposed to visit Kasba Lake in 2020, but the trip but was delayed two years by the pandemic. You can build up a lot of anticipation in two years yet, incredibly, the reality exceeded my imaginings. My full feature story about Kasba Lake will appear in a 2023 print issue of Outdoor Canada. But for now, here are seven reasons why this place is so special.