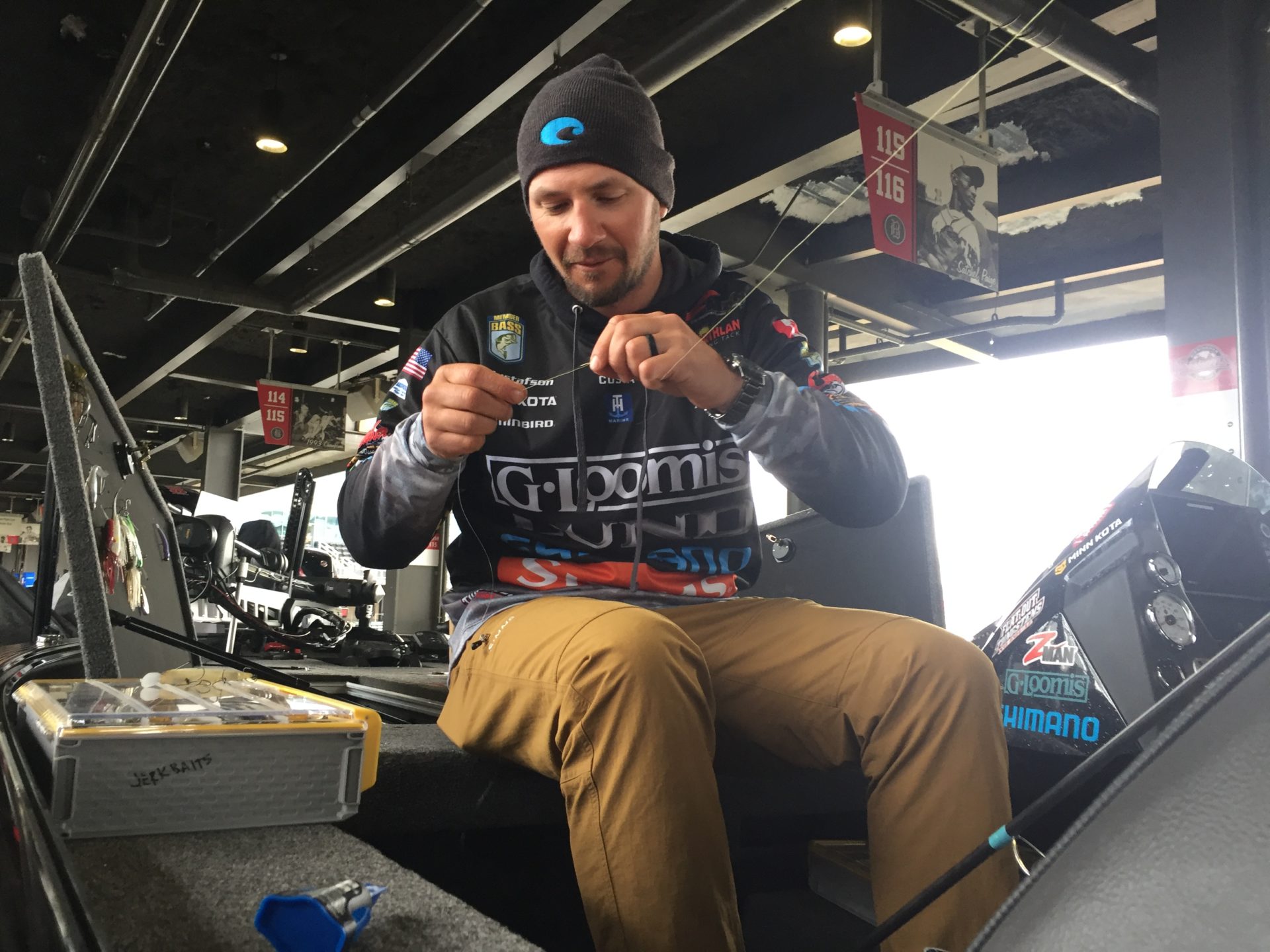 Gussy and I spoke about the following day, when he would fish his first ever Classic and he told me he was pumped and ready to go. Still, while he had a game plan, he was not overly confident the areas he had scouted would produce as well as they had in pre-fishing. The forecast was calling for a major cold front and high winds, which we would have to deal with the next day. I say “we” because the media department at B.A.S.S. had arranged for me to be the official press observer in Gussy’s boat on the first day of the tournament. This would mark the first time ever that a Canadian press observer and a Canadian contender would be in the same boat during a Bassmaster Classic. How cool is that?