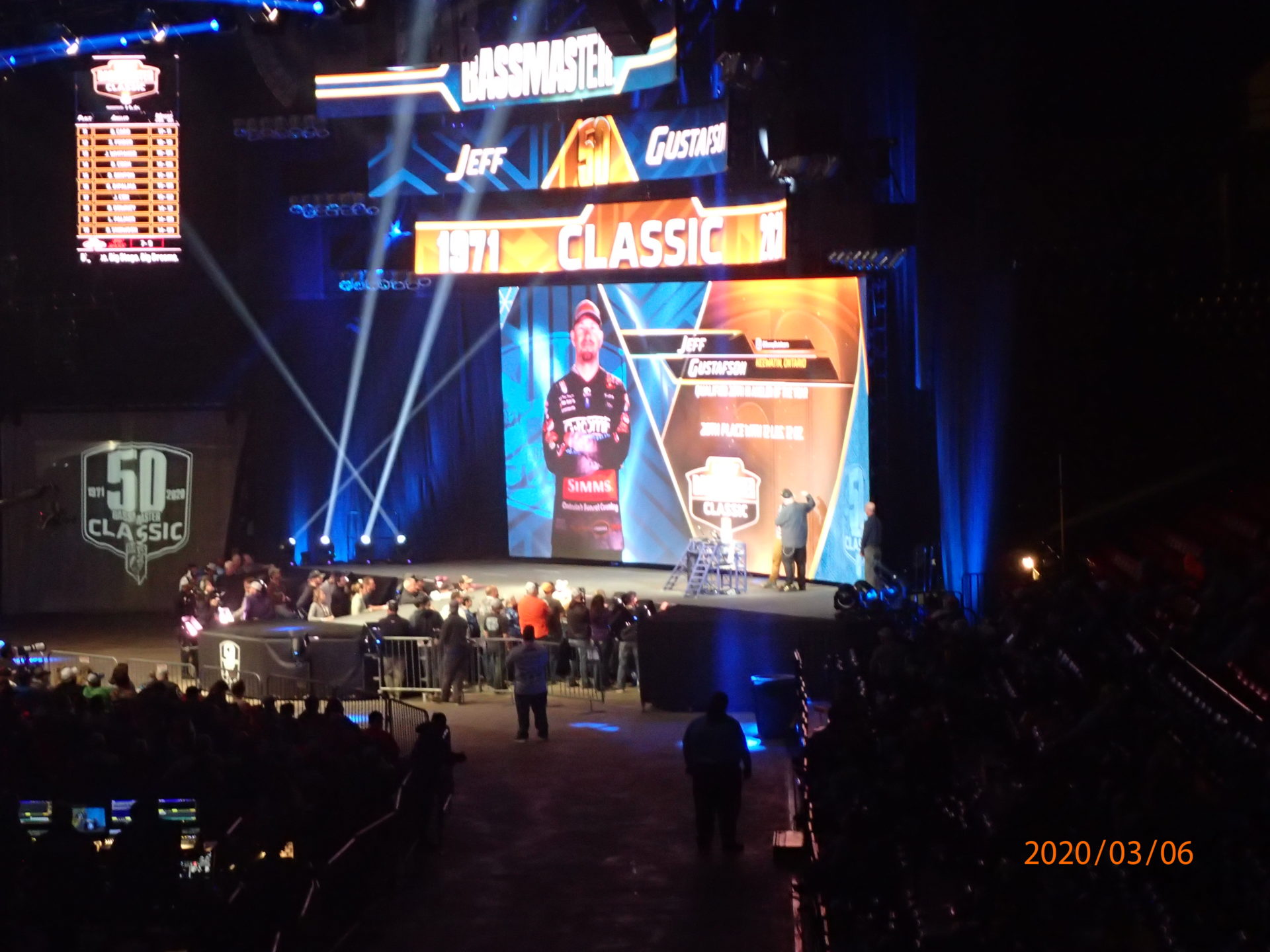 As I watched Gussy and then the two Johnston brothers being interviewed by Dave Mercer from Port Perry, Ontario, I felt an incredible surge of Canadian pride. Few Canadians or Americans would disagree that Mercer is the event’s best weigh-in host of all time. 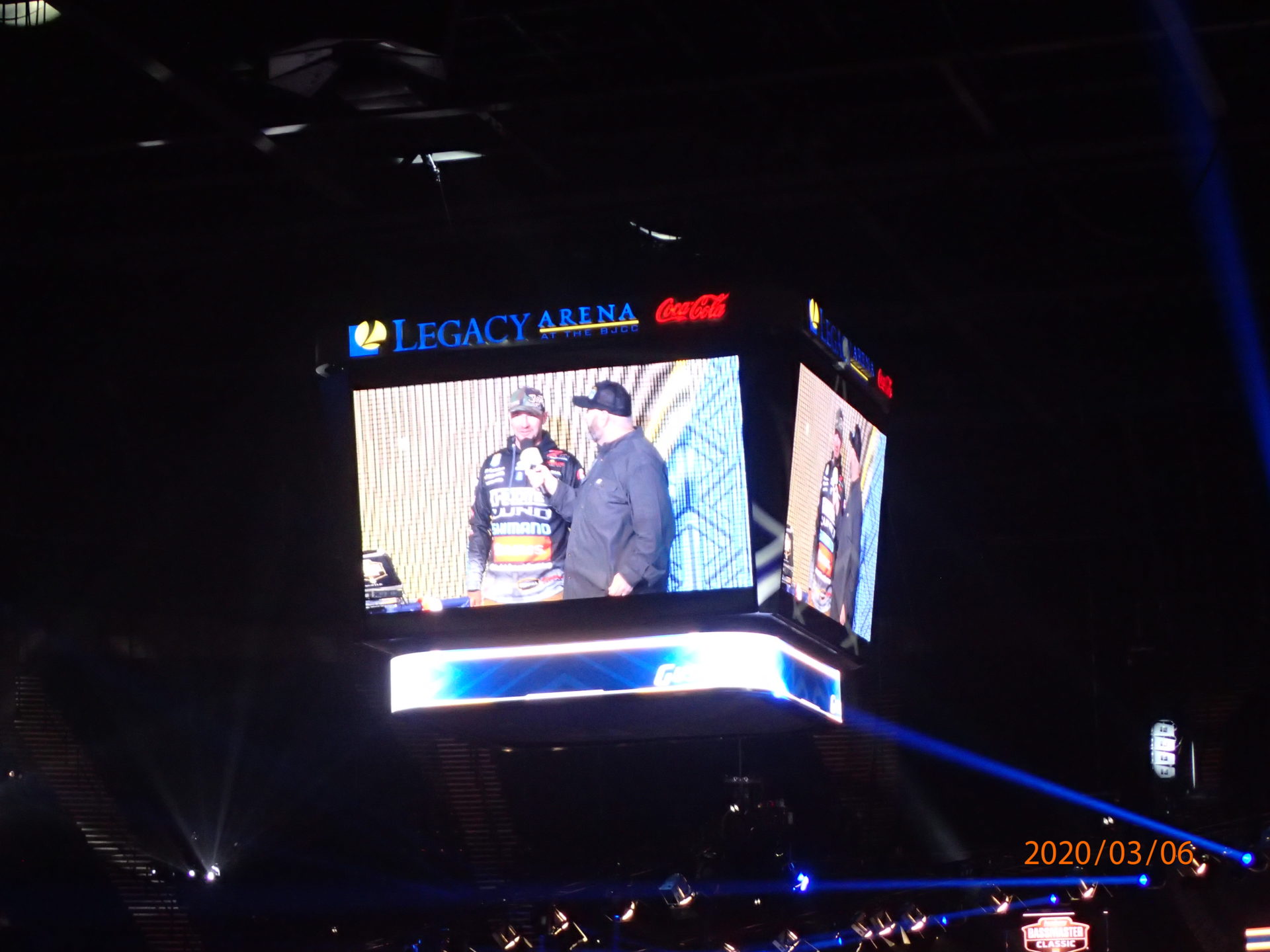 At the Classic weigh-ins, each angler is interviewed by Mercer and highlighted on the jumbotron (above). When Gussy weighed in his bass on day one, I wondered if his limit catch could be historic. So, a few days after I returned home I did some digging and confirmed that he was the first Canadian to ever weigh in a limit at the Bassmaster Classic. Chris Johnston became the 2nd on day two.