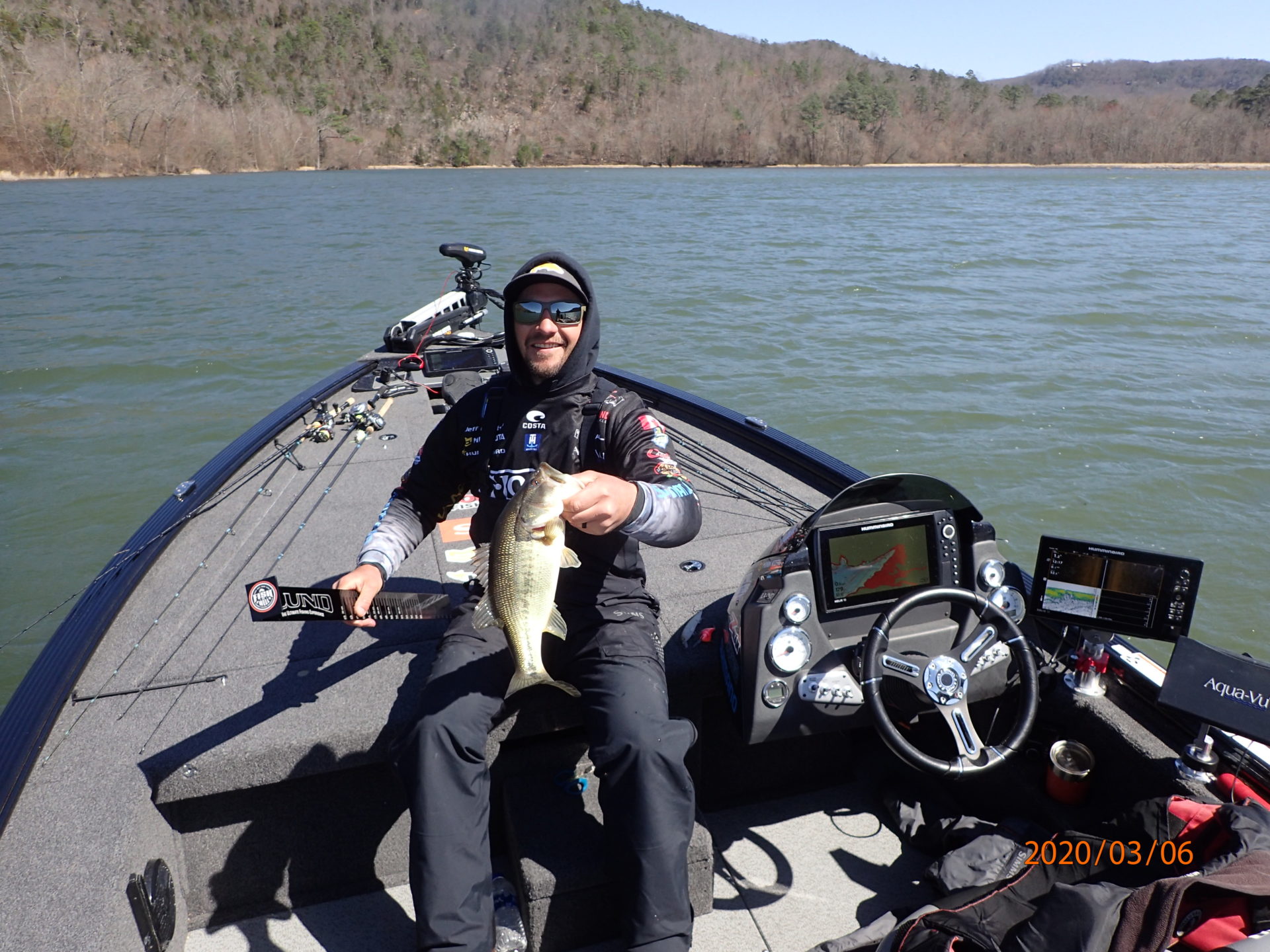 Gussy was certain there were bigger fish around so he kept tossing his trusty Megabass shiner-colored jerkbait and was rewarded shortly after 10 a.m. with his 1stever keeper in the Bassmaster Classic. That moment was not lost on either of us and high fives ensued. “Whew!” Gussy remarked, “skunk factor eliminated and now for a limit.”

For the next couple of hours Gussy worked the area hard, primarily throwing the same jerkbait. “Early-spring, pre-spawn periods down here are ideal for tossing a jerkbait, especially when the bass are staging out from shore still, in fairly cool water,” he explained. “You just use slightly longer pauses than you normally would when the water warms up later in the spring or early summer.” I noted his Humminbird unit read 52˚F and the depth in this large bay ranged between six to 12 feet. There was enough eelgrass to hold fish, he noted, but nothing substantial. “Some of the guys who were lucky enough to locate some fresh green hydrilla might do really well in this tournament,” Gussy said, adding that he had located a bit in another spot but wished he had found more.

After his first keeper fish, others started to come into the boat with more regularity. One of the key features of the bay was the south-facing shoreline in the far back. That’s where bass could soon be spawning, as well as in a creek channel tucked into the corner of that same shore.