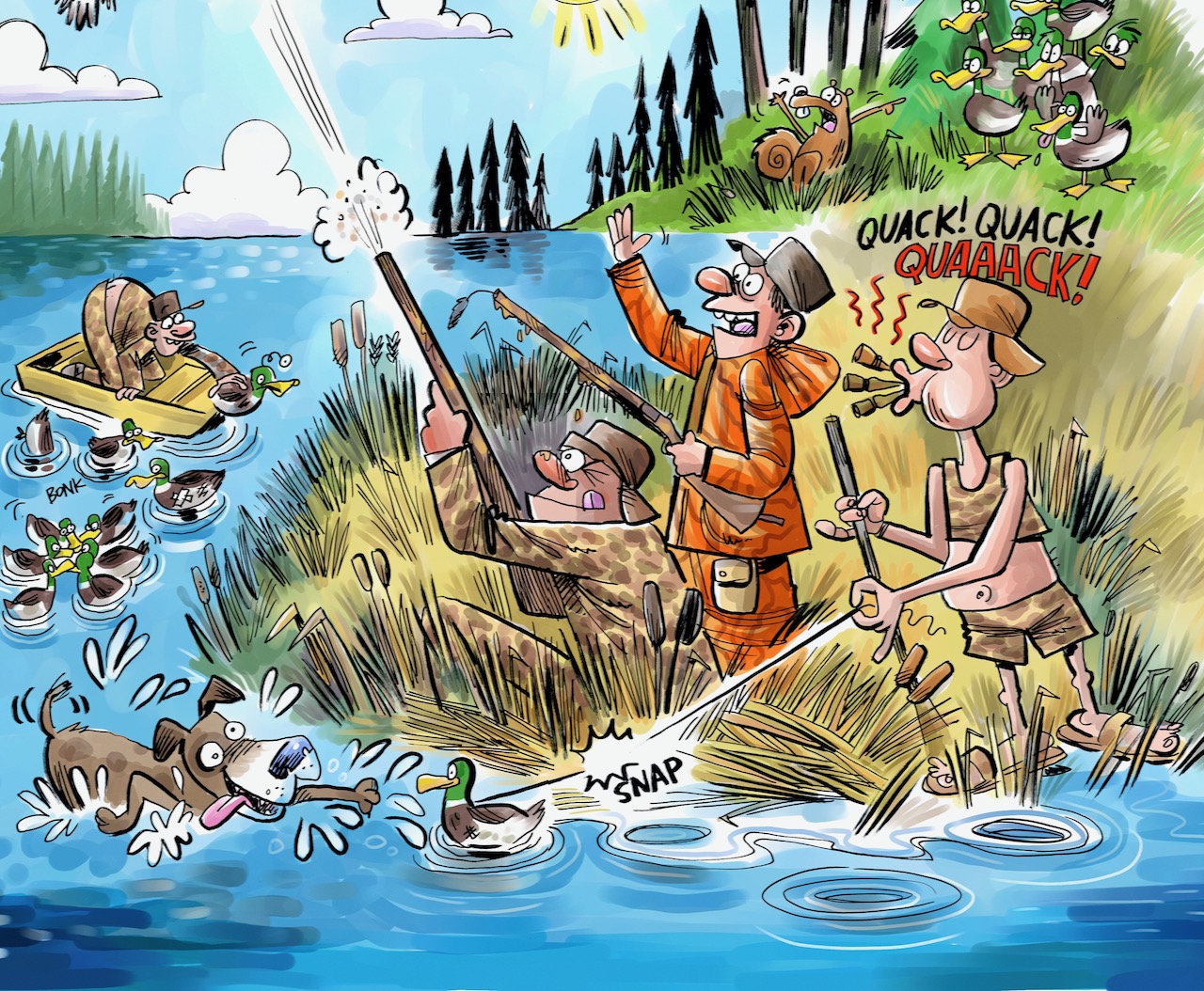 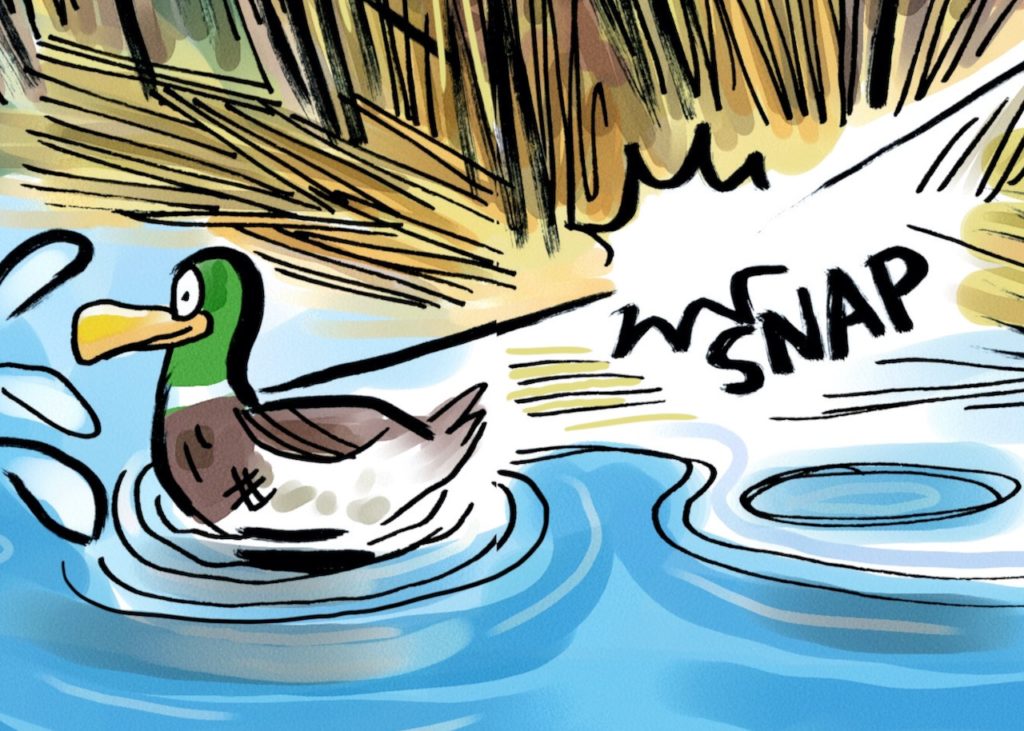 #5 DON’T ADD MOTION TO YOUR SPREAD

When ducks feed together, they try to get ahead of one another to find the best morsels first. In field scenarios, they hop over each other or waddle ahead to get to the food. When ducks are on the water, they swim and bob, leaving small ripples behind as they change positions.

If a decoy spread doesn’t have similar movements, approaching ducks will know something isn’t quite right. To add motion to a field spread, set up some of your decoys on field stakes so they turn with the wind. A couple of spinning-wing decoys in the landing zone will also add motion, and give the impression of landing ducks.

When hunting on water, meanwhile, tether a decoy with a string you can pull to make it bob in the water. As an added bonus, the resulting ripples will make the neighbouring decoys also move.