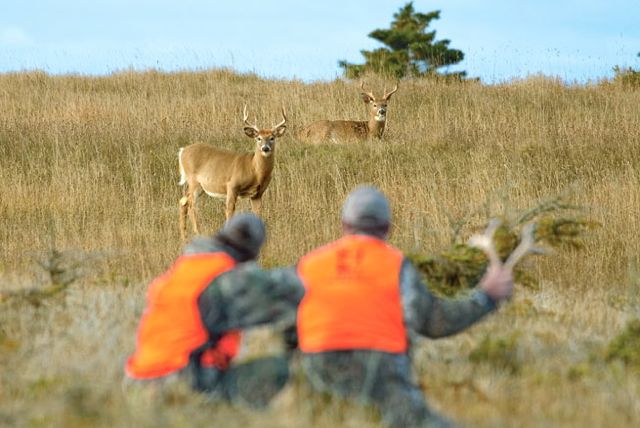 Quebec is a very large land area with healthy populations of moose, deer and black bears. Most hunters live in the southern part of the province, and fortunately for them, that’s where the favourable climate has concentrated most of the game animals. Whitetails have the most restricted range in the province, with the best hunting south of the 46th parallel. The moose range is a bit broader, with the best hunting south of the 48th. Black bears have the widest range of the three in Quebec, with most of the hunting taking place south of the 50th parallel. As for caribou, there will be no sport hunt in 2018 because of declining numbers.

Black bears can be found pretty much throughout Quebec, but the strongest populations and highest hunter harvest are in the southwest. The highest harvest is typically in hunting zones 13 and 28, which are also the largest zones in the south of the province; the actual density of bears is likely similar in all zones north of the St. Lawrence River up to the 50th parallel. The spring bear season is popular in Quebec because there’s little else open for hunting, with 2017 seeing a slight increase in bear licence sales. Winter field monitoring will continue in several zones to help managers better understand population dynamics. Hunters can help by declaring the areas they hunt and submitting two premolar teeth from each harvested bear.

Moose harvest is also higher in the south of the province, although not so concentrated as deer. The most productive zones for hunters are north and south of the St. Lawrence River near the mouth. About half of last year’s provincial harvest of 27,630 moose were taken from four productive zones (1, 2, 18 and 27). Zone 13 on the Ontario border is also good bet.

White-tailed deer are a popular big-game animal in Quebec, with hunters taking a total of 53,000 last season. The province is at the northern limit of the range for this species, and the population can fluctuate with the severity of winter weather. Fortunately, this past winter was relatively mild, and deer populations in all zones are rated as stable or increasing. The most productive hunting area is along the southern border of the province, where five small zones (4, 5, 6, 7 and 8) account for more than 60 per cent of the provincial deer harvest; Zone 10 in the southwest corner of the province is also a good bet. The most productive spot in Quebec for deer hunters, however, continues to be Anticosti Island (Zone 20). Although three of the past four winters on the island have been severe and deer numbers are down, it’s still a great choice for a deer hunt.