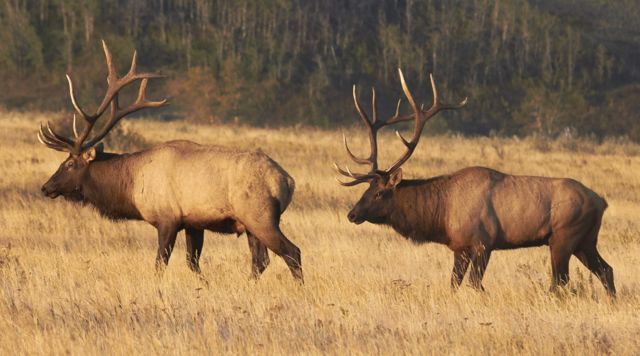 Alberta had a full winter and a slow start to spring, and that negatively impacted deer in particular, dropping their numbers across the province.

Pronghorn antelope populations had been recovering nicely from the nasty winter of several years ago. Unfortunately, this past snowy winter and late spring will likely prove to be somewhat of a setback. Summer surveys will determine the health of the herds—and the number of available hunting opportunities.

Bison numbers had been growing, but in the past couple of years, populations have levelled off, and even dropped slightly. Hunting pressure has led these animals to become a bit more wary, so hunters should be prepared to put in extra time and effort to be successful.

Alberta hunters should consider getting a black bear tag, especially if they plan to hunt whitetails, as they might otherwise head home empty-handed this fall. Bear populations are healthy, and in Alberta, they typically exceed hunter demand. Harvest records show that black bears are basically found everywhere in the province, with the most productive areas being the Foothills wildlife management units (WMUs) and the southern fringe of the Boreal units.

The number of cougars in Alberta continues to grow, with hunting opportunities increasing accordingly. Hunter success, however, depends to a large degree on the quality of the snow for winter tracking.

Many elk hunters will be smiling this fall in Alberta, because elk numbers are either stable or up slightly for pretty much the entire province. Hunting near the agricultural zones of the northwest is still the best bet, but drawing an elk tag anywhere in the province should be rewarding this season.

The moose-hunting prospects also look very good for almost all of Alberta. The exception is the northwest boreal WMUs, where moose numbers are down and hunting opportunities have been reduced. The good news is that the delayed spring snowmelt will have hampered the survival of winter ticks, and that should result in fewer outbreaks of this pest in the coming year. Edmonton hunters have it good because some of the best moose hunting is just outside the city. Even in the Prairie WMUs, though, moose have flourished in the small pockets of habitat throughout the farmland.

Alberta’s mule deer hunters have been having a pretty good time the past couple of years, particularly hunting south of Calgary, after a series of mild winters allowed deer numbers to rebuild in the centre of the province. This past winter will likely prove to be somewhat of a setback, but considering the substantial deer population in 2017, there will still be decent numbers this fall from Milk River to Peace River.

Hunters of mountain goats and sheep are likely to be a little disappointed this fall. Aerial surveys have found that the numbers of both species are down in many areas, so hunting opportunities will be reduced as a result. Even hunters who are drawn may have difficulty finding a legal bighorn ram.

A population survey in the northwest of the province found whitetail numbers were actually up from previous counts. However, biologists suspect the number may be artificially high because the survey was mainly in the agricultural WMUs, where the easier living may have drawn deer from the snowbound forests. Regardless, indications are that deer hunting should be good—but not great—this fall. An interesting study of white-tailed deer between 2012 and 2014 in the northeast found that while numbers declined in harsh winters, populations had persisted and remained relatively abundant.